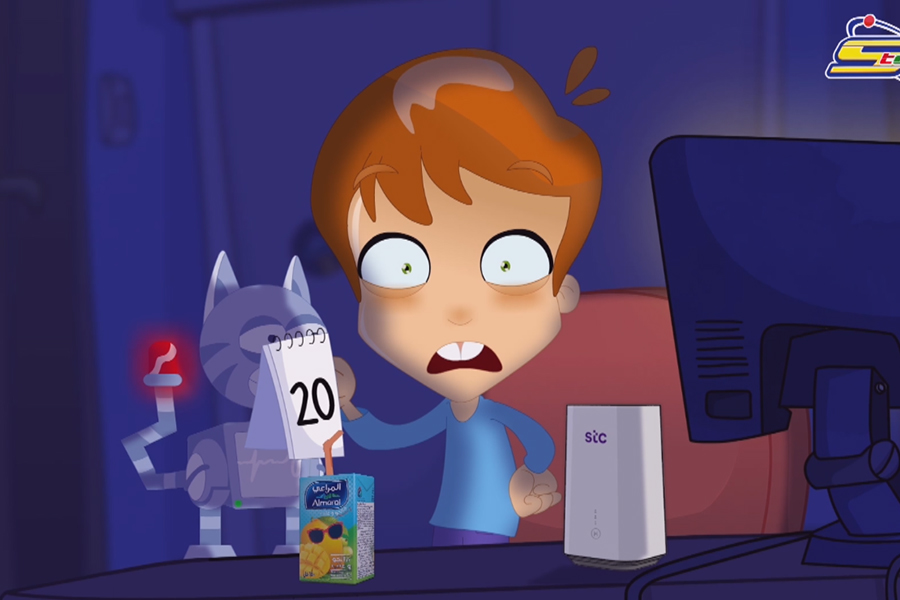 THE SUCCESS OF THE SPACETOON’S SHOW “THE MOSHAYA FAMILY ANIMATION”

Spacetoon Revealed: over 450 million impressions on its original show “The Moshaya Family Animation”

Spacetoon, the family content producer, provider and broadcaster, has recently revealed that The Moshaya Family Animation has accumulated over 450 million impressions in less than 13 weeks since its launch on Spacetoon media network and Moshaya Family YouTube channel.

The Moshaya Family Animation, which was released in January this year, is considered to be the first Arabic animation show inspired by the biggest family content creator in MENA, Mohammed Moshaya and his four children.

This series comes as a result of a partnership deal, which was signed last year between Spacetoon and Moshaya, for turning Moshaya and his family into an original animated work, consisted of 13 episodes (10-12 minutes each), with daily life adventures and value-based family content.

Incredibly, The Animation has changed the trajectory of views on Spacetoon’s different media platforms besides Moshaya’s social media channels, recording over 450 million impressions and receiving a high engagement rate on all the creative promotional content and more than 80 million views on the YouTube episodes.

Due to that tremendous success and high viewership, Spacetoon has given the green light for a second season, which would be released during the next year.

The family-focused media company, through its creative team, has been able to mix new technologies with social media trends in order to increase engagement with the characters and keep the audience attracted.

An AR Filter, inspired by the Moshaya family, has been specially developed for the show. Lately, it was made available to all audiences on Spacetoon’s Instagram account.  Remarkably, over 400,000 impressions have been received on the filter in the first 2 days of its launching, in addition to audience participations on many social media activities like games and quizzes.

Furthermore, the show itself has included partnerships and product placement which brought a number of brands to the screen in a creative and relevant way which increased the visibility of the brands and created a strong connection with the consumers. Such as Almarai, a Saudi food giant, STC, the leading telecom and technology services provider in KSA, and Samaco one of the biggest toy retailers in the region.

Commenting on this new adventure, Ahmad Weiss, the Commercial Director of Spacetoon, said, “Providing the audience with value-based content is our goal from producing shows like The Moshaya Family Animation.” Adding: “this type of shows is now an international trend, and we’re so proud to be the first to bring it to MENA. It was challenging yet exciting to introduce a brand-new concept of animation shows to the audience and make it a perfect fit to the culture of the region along with Spacetoon’s core values, but the numbers came to prove we were doing it right.”

“Our focus now is on leveraging the success of The Moshaya Family brand by delivering astonishing experiences through consumer products, and toys are the beginning. “

Recently, Spacetoon has been recognized by Digital Studio Awards for its strategic partnership with Mohammad Moshaya.