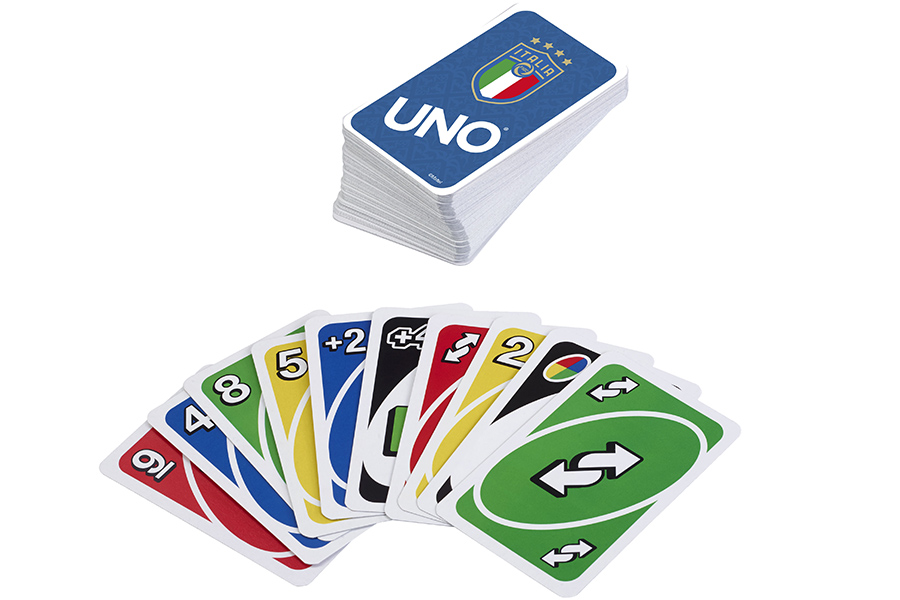 UNO AZZURRI: THE LIMITED EDITION OF UNO DEDICATED TO THE ITALIAN NATIONAL TEAM

UNO, the world’s number ONE card game produced by Mattel, has reached the important milestone of 50 years this year: thanks to its simple rules, the game, invented in a barber shop in Cincinnati in 1971, has been able to conquer thousands of players and fans around the world. The success of UNO does not only depend on its intuitive rules, but also on the brand’s ability to reinvent itself over time, in different forms and in numerous limited edition collaborations.

To continue celebrating its 50th birthday in the name of sharing and fun, UNO has teamed up with the FIGC to create a special collaboration: in the year of the European Football Championship, the UNO Azzurri deck has arrived, the version of the world’s most famous card game dedicated to the Italian national football team. The rules of the game don’t change, but the shape and the look do: what triumphs in this special edition is the colour blue, which, from the jersey of the national team players, comes directly onto the cards. True lovers of football and fun, but above all true supporters of the Italian national team will be able to prove their patriotism by challenging themselves with the new UNO Azzurri cards, while their own favourites will be engaged in the great challenge of the European Championship.

But that’s not all. UNO and FIGC join their forces to play a much more important game: all the proceeds from the sale of UNO Azzurri will be donated to charity for the Bambino Gesù Children’s Hospital, a reference point in Italy and in the world for the health of the youngest children, as well as the most important research centre in Europe.