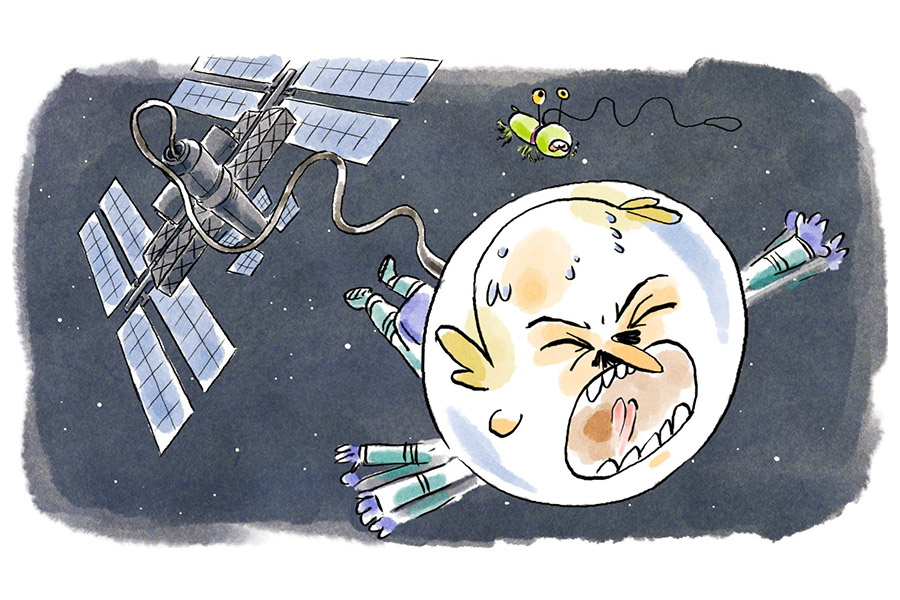 The series is produced by Folimage, French animation studio founded in 1981, that produces TV series, short films and feature films. The studio has met tremendous successes over the years, earning a Best Animated Feature Oscar nomination for its feature film « A Cat in Paris ». Most recently, its TV special « Vanille, a Caribbean tale », also distributed by PRIME, won the Grand Prize for Best Animated Short and Audience Award at the 2021 New York International Children’s Film Festival.

PRIME continues to diversify its collection of programmes by adding a brand new catalogue of high quality animation and now proudly represents leading award-winning animation studios such as Les Armateurs and Folimage.

«Don’t Die Dumb» has been phenomenally well received, and it is reflected in significant numbers. Indeed the animated series has attracted a large number of viewers, as the episodes have accumulated 76,612,629 views on all networks. While airing on franco german channel Arte, the show is a hit, with audience peaks of over a million viewers, sometimes even reaching 1.3 million.

Alexandra Marguerite, PRIME’s Head of Sales, says : “We are very excited to add «Don’t Die Dumb» to our animation catalogue. Thanks to this new outstanding series we continue to strengthen our ties with partners in search of high quality animation programs and establish PRIME’s presence in animation market.”

«Don’t Die Dumb» deals with science and existential reflections on nature and the human body with a good dose of dark humor. In each episode of this scientifical and edgy program, Professor Moustache and his assistant fear no taboos to explain the great mysteries of the world. An instructive and mischievous show that appeals to those who like sharp humor and science accuracy.

← THE CARTOON MADE IN TUSCANY "ATCHOO! 2" RETURNS NEW MATTEL PRODUCTS INSPIRED BY THE JURASSIC WORLD SERIES →