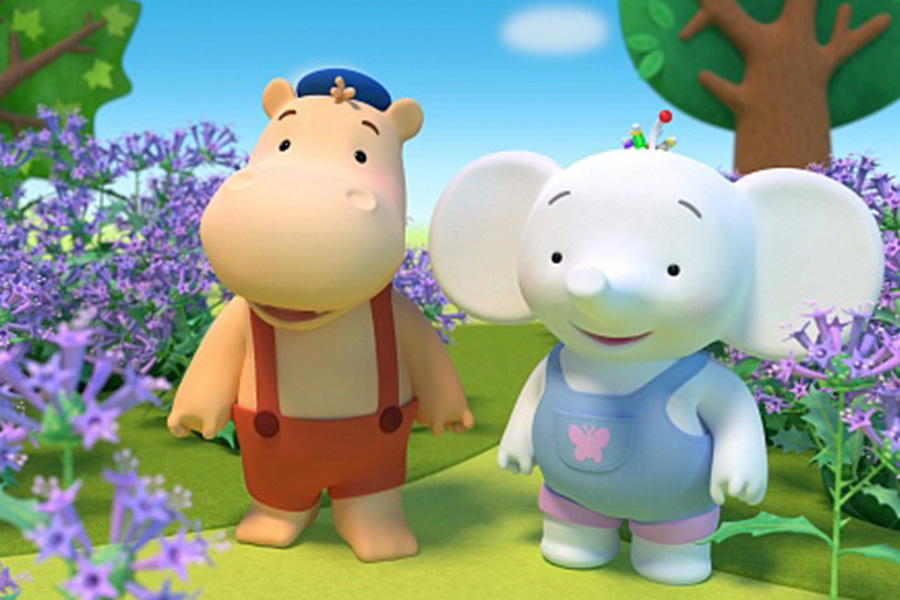 Funwood Media is pleased to present the new series ‘Tina & Tony’ recently aired on DeaJunior. This is a cartoon that follows the daily adventures of its protagonists: Tina, a little elephant and Tony, a young hippopotamus. These 5-minute episodes deal with themes that children can relate to, helping them in their own little world.

The cartoon has quickly become one of the channel’s most popular shows, averaging 7,000 viewers a day since its release on 12 April. The best performances were achieved on weekend mornings, with an average of 19,000 viewers.

The good audience results can also be seen in the viewing figures for the 8 May marathon, which reached around 16,000 viewers between 7pm and 9pm. The audience is mainly made up of males in the kids’ bracket, with a strong parental co-viewing component.

The characters face situations and emotions that all children experience; they find the right role models and share their discoveries with the audience, helping them to distinguish between good and evil.

For more information on any Tina & Tony branded projects, please contact our licensing department by writing to massimiliano.baroglio@funwoodmedia.com