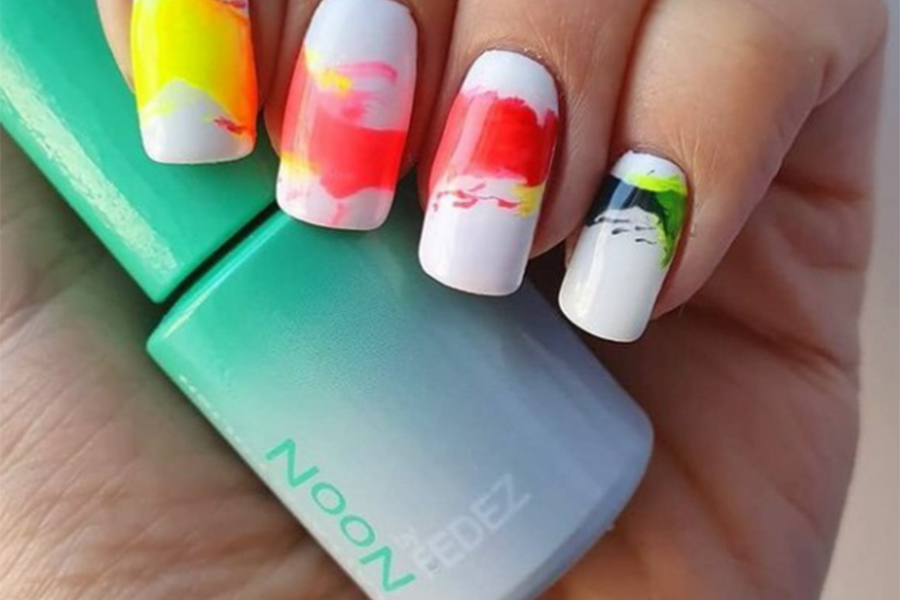 COSMETICS, HERE IS NOON BY FEDEZ, THE GENDER-FREE NAIL POLISHES BY LAYLA

Tags from the story: Fedez, Layla, Noon by Fedez.

To publicize its collection of nail colorants, the multinational company has chosen to collaborate with the artist, influencers and singer Fedez, who in recent times has been fighting against homophobia

Nail-art is also taking hold among males and Layla has launched a line of unisex nail polishes designed by Fedez. The nail polishes are semi-permanent and available in different colors. They are also fluo, which are able to light up in the dark. Layla’s target audience is represented by young adults and teens who want to express their being and their creativity through their look. Many singers, idols of teenagers, use nail polish as a distinctive sign: from Achille Lauro to Harry Styles up to Steven Tayler, frontman of Aerosmith.

Fedez’s choice is not random. In fact, in addition to being a fan of men’s nail polish (last year he posted a photo showing a freshly done manicure, causing a stir), he represents an icon for the fight of civil rights. Through posts on his social channels and public statements he has always attacked homophobia, such as at the May Day Concert in Rome. “The meeting with Fedez was born from the common desire to create something unique for nail polish enthusiasts, a product that allows everyone to express their personality and play with style and colors, having fun and stunning”, said Babila Spagnolo, CEO of Layla Cosmetics. But the acceptance of diversity is not the only virtue that Noon by Fedez intends to convey, as the packaging is completely sustainable and compostable.

To publicize Noon by Fedez, Layla enlisted Luis Sal, a youtuber who came up with a funny commercial in which the singer shows how to put on nail polish and a voice describes its characteristics. For the music and the scenes, the video is reminiscent of toy commercials of the nineties. The advertising campaign worked, since Layla’s e-commerce went haywire after a few minutes due to too many accesses.

In the meantime, Fedez and Layla Cosmetics have decided to donate part of the sales to the “Piccoli Ospiti” project of Fondazione Pangea Onlus, a project in support of women and children, who are victims of violence.