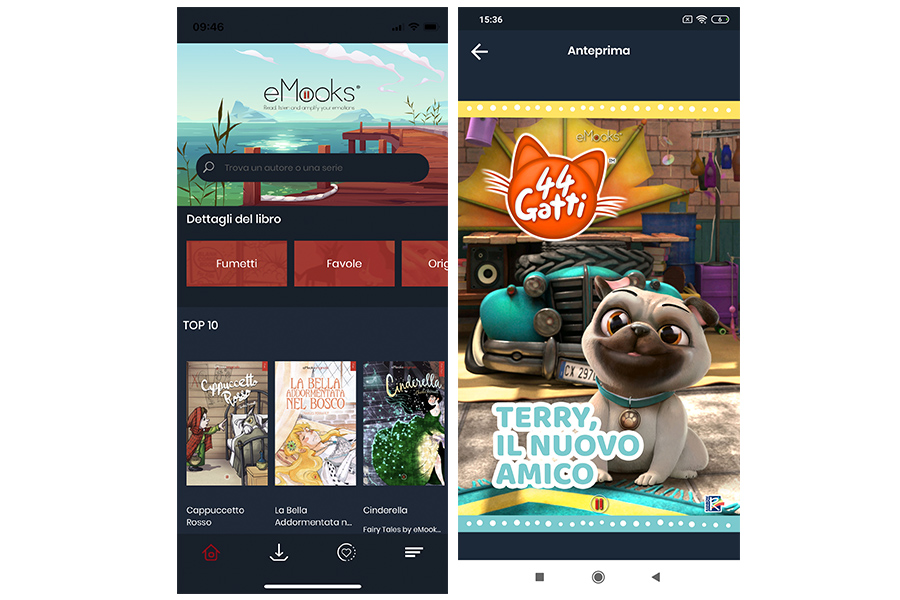 Tags from the story: 44 Cats, eMooks.

Also the very popular “44 Cats” in the eMooks store, meanwhile already online the new look of the reading application, which becomes even more performant

A television series made in Italy, which has become an international phenomenon: just say the title, see it appear on the screens and a smile will appear on the faces of all children. 44 Cats, a real cult among children, becomes part of the eMooks store. The Bergamo-based company, producer of the digital reading application that links sounds, music, text and images of comics and fairy tales, records another important result.

In the eMooks store there are currently products of the series 44 licensed cats, ten unpublished stories in rhyme.

But the news for eMooks doesn’t stop there. Simultaneously with the arrival of 44 Gatti on the store, eMooks has been online for a few weeks with the new version of the application: a new design and new features that enhance the pleasure of the digital reading experience and that puts the app directly at the technical level of realities such as Netflix and Audible.

The production of unpublished books is also a line in which eMooks believes and invests a lot. In the pipeline is the realization of numerous new series, seven of which are ready for release. Once again, the stories are aimed at children and young people between the ages of 4 and 17. The activity ferments, by the end of 2021 there are another thirty unpublished books in the program.

Production is growing at the same rate as company structuring: eMooks holding is proceeding with the opening of international branches for foreign markets, first and foremost the new production center in Trivandrum (Kerala, India), the result of the joint venture signed last November with the multinational Toonz, leader in the production of 2D and 3D cartoons. These operations are bringing new hires both for the Italian headquarters in Torre Boldone (Bg) and, in the medium to long term, for the foreign ones.