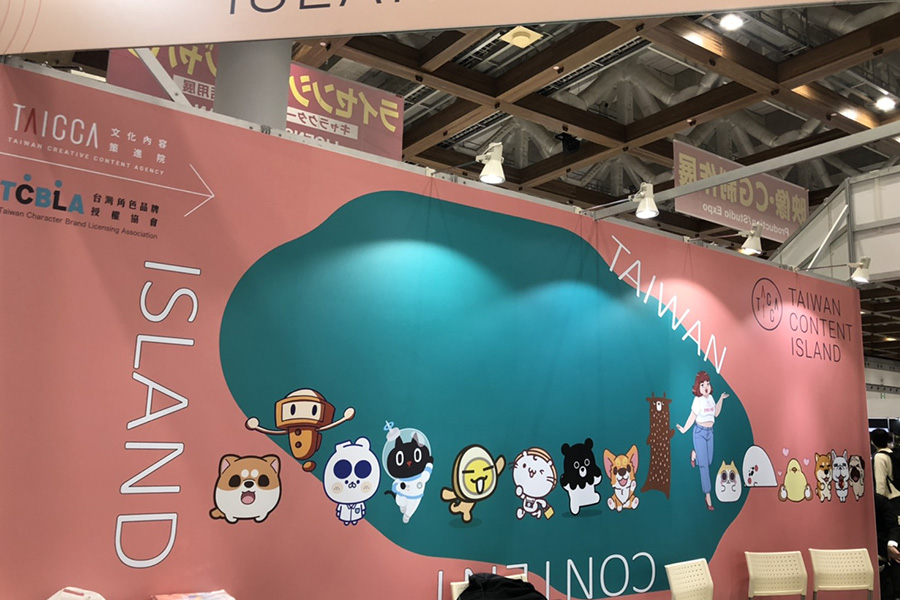 14 CHARCTER IPS OF TAICCA SELECTED FOR THE 2021 LICENISNG JAPAN

14 character IPs of The Taiwan Creative Content Agency (TAICCA) were selected for the Licensing Japan 2021. Among these, well-known characters, illustration, and gaming brands, as well as original characters featured on LINE STICKER. The Taiwanese IP characters have joined the event online from April 14th to April 16th in Taipei, and connected with physical exhibition industry professionals in Tokyo, Japan remotely.

Ten of the character IPs representing Taiwan this year were selected by an international jury as part of the MoU partnership signed between TAICCA and CBLA last year. TAICCA also invited four character IPs popular amongst Taiwanese LINE users to join this year’s line up.

“Last year, TAICCA led a team to participate in the Licensing Japan, which generated about NT$400 million output value” stated TAICCA Chairperson Ting Hsiao-Ching. “Through the collaboration with CBLA and LINE STICKER, we look forward to promoting original character IPs in Japanese market and expanding in East Asia”.

According to the 2020 report from LINE STICKER, the top ten LINE STICKER creators averaged NT$200 million in cumulative sales, with the top give reaching as high as NT$290 million. The statistics indicate strong business potentials and opportunities for Taiwanese character IP creators. In light of these successes, TAICCA has invited the creators of LINE STICKER with exceptional collections of stickers to participate in this year’s exhibition, including DOCA, SINKCOMIC, FoodieG, and The Nothing Seal.

The top 5 properties from this year’s creators are HOOHOOLAB, a medical-based animation, helping to raise awareness on health issues due to the COVID19 and consoling those in need; MeiMei X MrHH, with over 1.6M Facebook followers, along with its just-as-sassy illustrator Mr.H.H., continues to voice out for women; OPUS, a game of adventure spanning across 15,000 years with over 10M downloads; Takokuma, inspired by the Kyoto life, a positive, energetic animal, and has won #1 popularity in Tokyo Licensing Exhibition; Thenothingseal is “Lazy, Useless and Cute” character, whith an iconic style  “Simple, Charming and Innocent”. Also, it broke the record of becoming the fastest creator winning Hall of Fame in LINE Sticker (only spent 8 months).