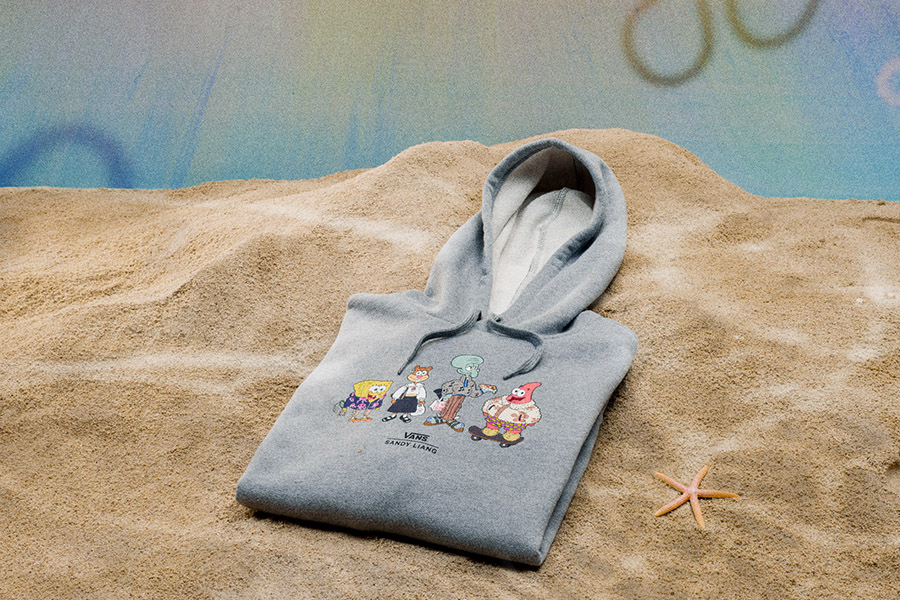 VANS AND NICKELODEON TEAM UP TO NEW SPONGEBOB SQUAREPANTS COLLECTION

New York designer, Sandy Liang will also debut a capsule collection on the same day with the fashion designer’s interpretation of SpongeBob’s most iconic characters

Vans, the original action sports brand and global advocate for creative expression, is proud to announce two upcoming collaborations with Nickelodeon’s SpongeBob SquarePants launching on June 4. The first collection is a range of Classic footwear, apparel and accessories fit for fans of all ages. The second is in partnership with New York fashion designer, Sandy Liang that features her own fashion interpretation of the animated series elements and characters.

Key pieces from the Vans x SpongeBob SquarePants collection include:

Also launching on June 4, Vans will partner with fashion designer, Sandy Liang, who has been a longtime fan of the celebrated animated series since her childhood. Sandy, who started her eponymous label of ready-to-wear clothing, jewelry and accessories inspired by her NYC upbringing, nostalgia, and humor, has partnered with Vans to deliver a capsule collection that reinterprets iconic elements from the television show that have been illustrated by Sandy to provide a fashion forward take on SpongeBob SquarePants.