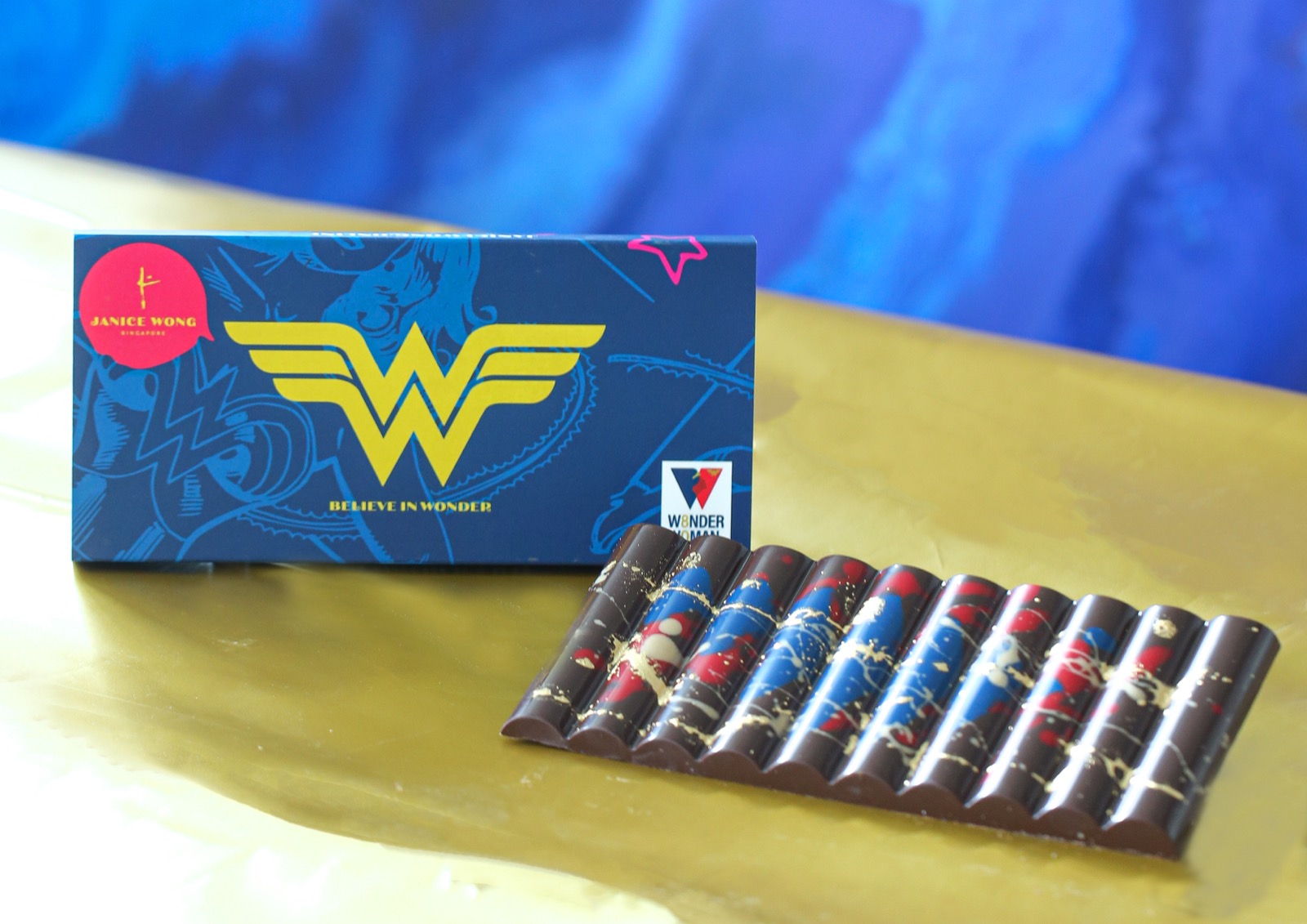 Vikram Sharma, Head of Consumer Products, Advertising & Partnerships, WarnerMedia India, Southeast Asia & Korea, said: “The chocolate brings together two great brands in a powerful combo of flavours and branding. This is the perfect gift for anyone wanting to show their appreciation for the special Wonder Woman in their life.”

The chocolate bar weighs in at a hefty 160g and features a 76% Equateur single origin dark chocolate with speculoos cookies and marshmallows. Streaks of red, blue and gold on the bar represent Wonder Woman’s iconic colour palette.

The bar is available for purchase in Singapore at S$28 (US$21) online through Janice Wong Singapore’s website https://www.janicewong.online/ and retail stores located at Raffles City and Paragon. The bar is only available from April 29 to the end of May.

Added Janice Wong, CEO of JWO Holdings,: “We always seek to inspire through design and colour. The Wonder Woman bar represents resilience, strength, and power. The bold colours and comforting flavour also making it a bar to enjoy especially with Mum this Mother’s Day.”

Wonder Woman, 80 years’ old this year, made her debut in All Star Comics #8 on October 21, 1941 in a back-up story meant to test her appeal at a time when female Super Heroes were rare. An instant favourite, Wonder Woman’s first lead story and cover was in Sensation Comics #1 (cover date of January 1942), and she quickly received her own series by that summer with the release of Wonder Woman #1. Subsequent generations came to know the Amazonian Princess with indestructible Bracelets and Lasso of Truth via her hit 1970s television series. A number of Wonder Woman and DC shows are currently available in Singapore via the streaming service HBO GO.

The ground-breaking 2017 film Wonder Woman by director Patty Jenkins and starring Gal Gadot was the largest grossing live action film ever for a female director at the time of release. The sequel, Wonder Woman 1984 premiered on HBO Max (in the US) and in theatres globally in December 2020, and is available now on Digital HD, 4K Ultra HD, Blu-ray and DVD.