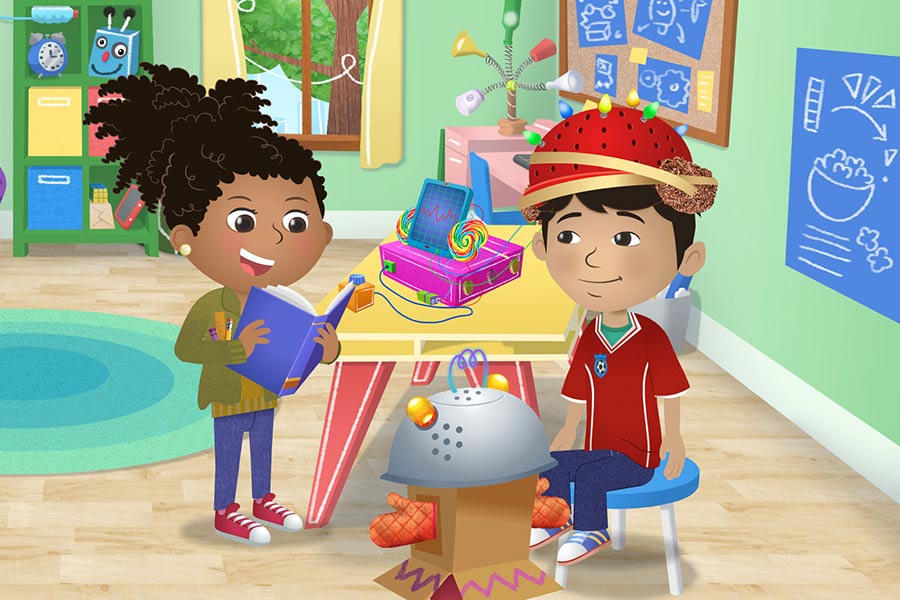 Portfolio Entertainment has ramped up a number of new sales for hit STEM-based show Addison (50 x 11’) aimed at ages 4-6.

The 2D animated series will be heading to a number of new territories globally with deals including Kidstream for the US, PCCW for Hong Kong and A+ Kids for France and Africa.

The series has seen great success since its launch on CBC Kids in 2017 and currently airs across international territories with further recent deals inked by Portfolio Entertainment including Azoomee for Spain, Italy, Germany, Brazil, France, Portugal, Republic of Ireland, the Netherlands, Malta, India, Poland, Russia, Eastern Europe, APAC and MENA, Encourage TV and Busy Bee for the US and Tencent for China.

A CBC Kids original animated series produced by Six Eleven Media, Addison is a STEM-themed series that follows the comical yet brain-teasing adventures of seven-year-old Addison, a female inventor who loves to solve mysteries! Addison and her friends use imagination, reasoning, and their boundless enthusiasm to figure out what’s behind the latest neighbourhood conundrum. But Addison’s first solution is never the correct one. That’s okay, because Addison is determined and resilient. After all, most scientific breakthroughs didn’t turn out the way their creators planned – but we’re glad they did!