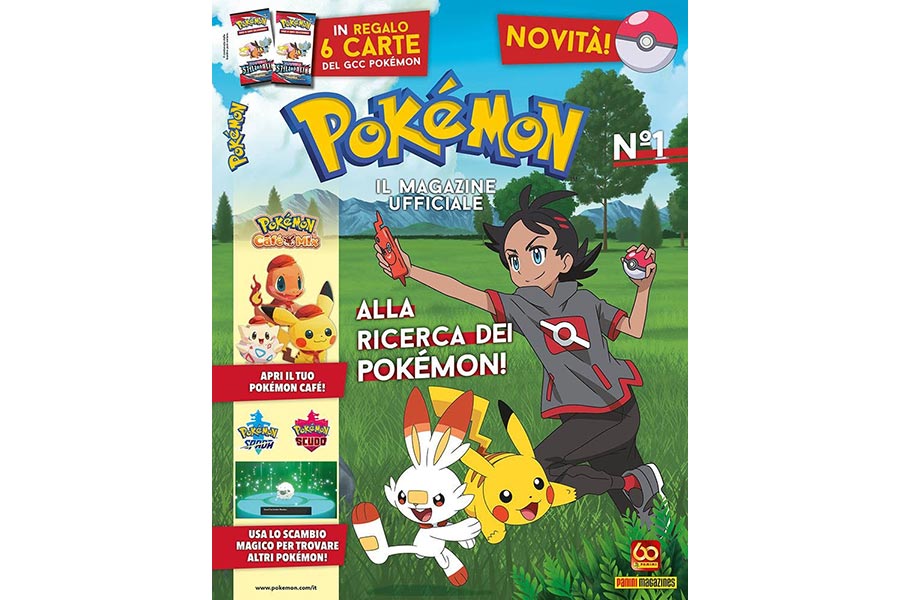 POKÉMON ON THE ITALIAN KIOSKS WITH PANINI

On the occasion of the 25th anniversary of the birth of the world phenomenon, Panini Magazine launches in Italy the official magazine dedicated to the mythical Pokémon

On the occasion of the 25th anniversary of the Pokémon phenomenon, starting from Thursday April 29th, thanks to Panini Magazines, Pokémon – The Official Magazine, the first official magazine dedicated to the fantastic world of Pikachu, Ash and their friends, arrives on newsstands!

Within each issue, many games featuring the most loved Pokémon, from Sobble to Charmander, fun quizzes and curiosities for fans of the animated series and video games, with cards on the characters, stories to read, and much more. Not only that, as a gift with each issue there will be two packets of cards belonging to the latest expansion of the Pokémon Trading Card Game, one of the essential cornerstones for fans.

A year-round party for Pokémon! To celebrate them in the best possible way, the first appointment with Pokémon – The official magazine is on newsstands and on www.panini.it starting from 29 April!