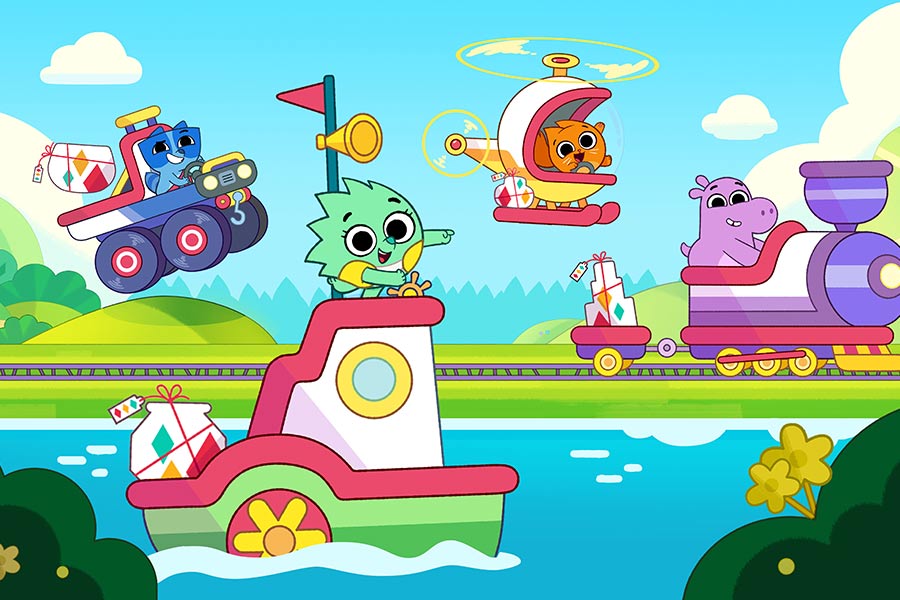 Produced by Guru Studio, Pikwik Pack follows four adorable animal friends as they work together to deliver magical surprises to the kind citizens of their bustling town.

The series debuted on Disney Junior U.S. late last year and is a top rated property on the channel. In Canada, the series is #1 on Treehouse in its time slot with more linear networks set to launch later this year such as Super RTL in Germany, Canal Panda in Portugal, HOP in Israel and Minimini+ in Poland.

The first half of Season 1 will be available to stream on May 4th, with more episodes launching later in 2021.

A full line of figures, vehicles, plush and collectibles is currently being developed by Playmates Toys, and a range of books by Scholastic is set to debut next year.