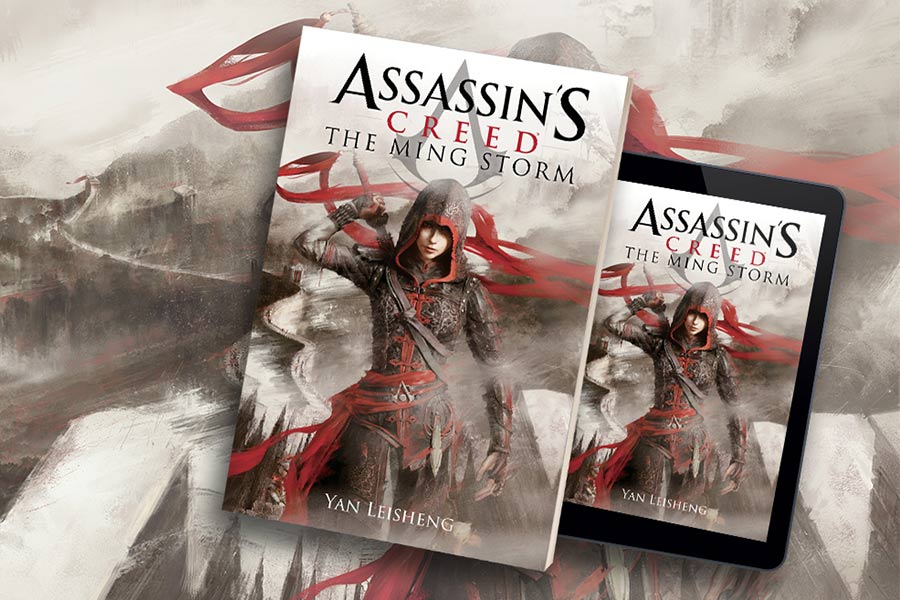 Tags from the story: Aconyte, Ubisoft.

Already announced as Ubisoft’s go-to fiction partner for novels for adult readers for properties like Watch Dogs® and Tom Clancy’s The Division®, Aconyte’s primary mission is to publish untold stories from new or under-explored corners of the game series’ history-spanning timeline, featuring both characters from the games and totally new creations.

The first fruits of the new deal will be the publication of The Ming Storm this June. The novel is the opening volume of an exciting trilogy set in 16th century China, featuring young assassin Shao Jun. Written by notable Chinese author Yen Leisheng, the novel has already been published in China and France, with editions in several other languages planned.

This will be followed in early 2022 by a new trilogy of novels set in the time of Ubisoft’s latest smash hit game Assassin’s Creed® Valhalla, which offers players the captivating experience of playing as a legendary Viking warrior leading their clan to glory in 9th century England. A third trilogy of novels in a wholly new historical setting is in development too.

This exciting announcement comes hot on the heels of the new Assassin’s Creed Stories website which launched on the 21st April 2021. More information on