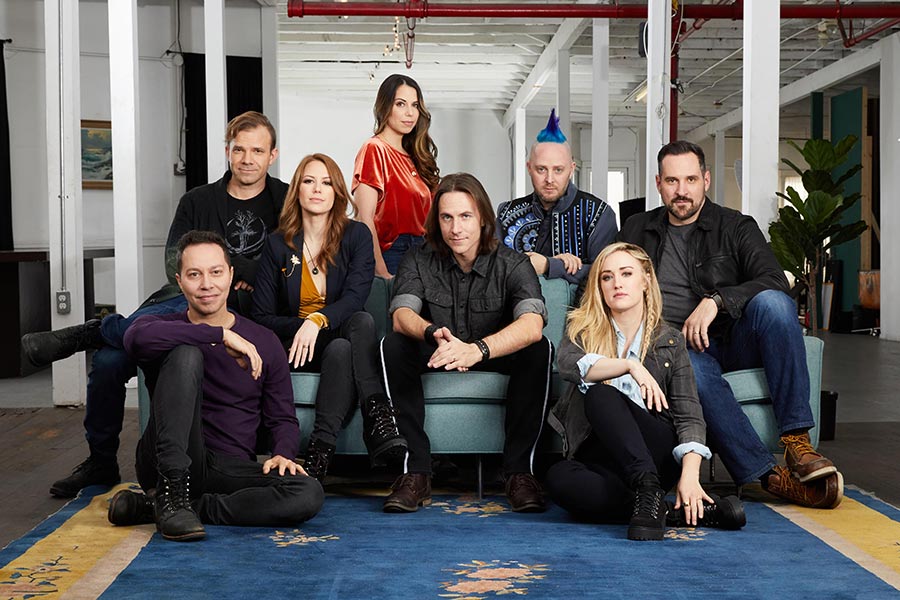 Critical Role is the most popular story-driven and worldbuilding digital media brand in the world. While it started off as a roleplaying game between a group of friends in 2012, Critical Role has since evolved into a multiplatform entertainment phenomenon that has branched out into a variety of shows and endeavors, including the flagship show Critical Role, comic books, animation, live performances, podcasts, fan art, graphic novels, philanthropy through Critical Role Foundation, and more. A passionate and engaged community tunes in each week to watch their favorite storytellers take on new adventures led by veteran voice actor Matthew Mercer and composed of other well-known voice actors Ashley Johnson, Marisha Ray, Taliesin Jaffe, Travis Willingham, Sam Riegel, Laura Bailey and Liam O’Brien. Engrossed in the stories, characters and camaraderie, over half a million regular viewers watch every week and hundreds of thousands more per month continue to discover Critical Role for the first time.

The great success prompted Critical Role to embark with confidence on a new adventure: it has recently officially launched a publishing house of board games, the Darrington Press.

Leading this new business venture is the the Head of Darrington Press, Ivan Van Norman, who has been producing tabletop games and media content for over 10 years as a co-owner of Hunters Entertainment (Alice is Missing, Altered Carbon, Outbreak: Undead), as well as consultant to many other companies, including Wizards of the Coast and Hersch Games (Taboo). Van Norman has danced the line between media and design, working as a producer of board and RPG content for several digital media projects as well as a game producer on Will Wheaton’s “TableTop”. In addition, he served as executive producer of International Tabletop Day.

Darrington Press currently has four games set to be released in 2021. The first is Uk’otoa, a tactical game of semi-cooperative card play. It will be available in Q2 in the Critical Role online shops in the US, UK, and AU, as well as hobby stores in the US.

The other releases of 2021 will be Critical Role Adventures (Q2), Syndicult (Q3) and Guardians of Matrimonia (Q4).

Tell us more about the birth of this new Publishing Company.

Darrington Press launched in late 2020 and is the natural progression for Critical Role as an organization, as we are determined to inspire and connect people through play. We put serious thought into forming a games and publishing division of our own for a long time, and we’re excited to create and share new worlds and stories with board game and roleplaying game fans of all levels of experience and interest around the world.

Why did you choose Uk’otoa as the inaugural title and what are the most interesting features of the next releases?

Uk’otoa is the perfect inaugural release for Darrington Press because it transforms an iconic piece of Critical Role lore – the large serpent-like creature of the same name – into an accessible and collaborative gaming experience for both existing and new fans alike.

Following this example, Critical Role Adventures aims to deliver the big-box board game experience that we know many fans of Exandria have been waiting for, while introducing a whole new audience to this rich world. Conversely, Syndicult and Guardians of Matrimonia are the first products featuring worlds outside of Exandria, for many new worlds and experiences that Darrington Press has planned to explore and expand upon.

Which targets are you able to cover with your games?

We’re aiming to connect people of all ages through our games. Some of our experiences are being developed for people who are looking for rich, complex worlds that deal with real conflicts and consequences like Syndicult, while other titles are meant for family game nights and far more casual gamers like Uk’otoa.

How do you plan to develop your work internationally?

International expansion of Darrington Press is an important part of our roadmap. We know the appetite for board game and roleplaying game experiences only continues to grow around the world, and we believe we’re creating well-represented and diverse products that have the potential to resonate with a worldwide audience. By utilizing our existing global footprint of distribution, we will be able to deliver our games internationally from the very beginning.

Any anticipation on other projects and/or goals for the future?

Currently, we are fully focused on bringing our first slate of games to market this year and have big plans beyond that. We are very interested in the digital landscape of board game and tabletop roleplaying game experiences, especially in a world where more and more play is happening online.

← CARTOON MOVIE 2021: SOME PROJECTS TO KEEP AN EYE ON LADY GAGA QUEEN FOR DOM PÉRIGNON →