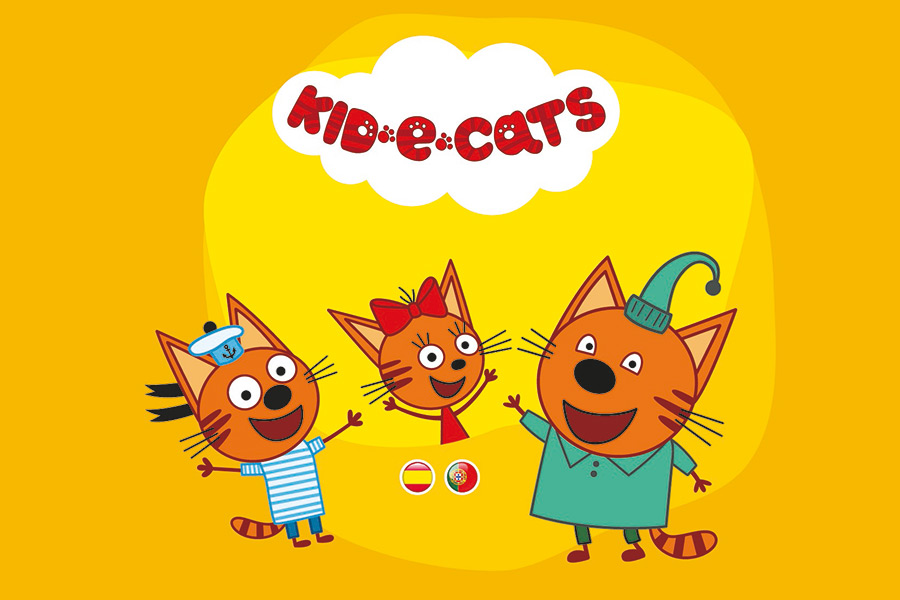 El Ocho Licencias y Promociones has been appointed the licensing agency in Iberia for Masha and the Bear by Animacord and for Kid-E-Cats by CTC Network and APC Kids.

MASHA AND THE BEAR

El Ocho has signed with Animacord to manage licensing for Masha and the Bear in the Iberian market. Masha is an endearing and fun series that tells the adventures of a little girl named Masha and her great friend, the Bear. The series has become a global success because it is all about smart and fun entertainment. Masha and The Bear educates children about true friendship, freedom of creativity, and basic skills in a fun and smart way. Masha and the Bear has 5 seasons, over 117 episodes and many specials. Masha is #1 preschool series in Canal Panda since its debut 5 years ago.

Pilar Fernández-Vega, Marketing and Promotions director at El Ocho has said “El Ocho is very happy to announce we will be representing a global success like Masha and the Bear in Iberia. We look forward to developing a unique licensing program with the best partners in the market”.

Simba is Masha and the Bear Master Toy with a wide line of products from dolls, stuffed animals, figures, playsets and much more. Additionally, it counts with great partners in Iberia such as Penguin Random House, Grupo Anaya, Lemon, Madhouse, Pez, Crocs, Havaianas, Energizer, Funiglobal, Angel Europa and Ataa cars.

El Ocho is also very pleased to announce it has signed a deal with APC & CTC to represent Kid-e-Cats in Iberia. Kid-e-Cats is the animated series that tells the stories of three cute kittens who live in a small town. Cookie, Pudding and Candy like to play games and investigate the world around them. Their curious mind takes them on new adventures every day. Together they learn to express their emotions, help each other, and find a way out of any situation, with the help of their imagination and the advice of their parents.

In Iberia Kid-e-cats is available in Clan TVE since May 2020 and in Portugal in Nick Jr. Its 3 seasons of 52 episodes each are also available on Netflix, HBO, and YouTube.

The Master Toy is Toy Plus worldwide and Bizak will be the distributor in Spain and Portugal. Bizak will launch its toy range in summer 2021 with figurines, stuffed animals, playsets and many more. The toy launch will be supported by an important marketing campaign and accompanied by licensed products such as educational toys from Ravensburger and Clementoni, Panini Publishing and Food.