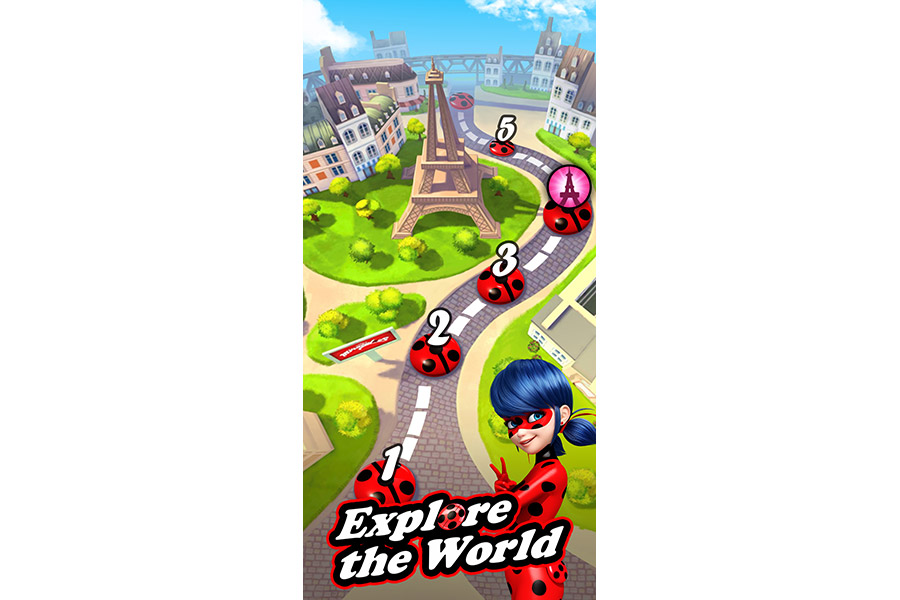 The Miraculous Ladybug Puzzle RPG mobile game is the second project to move forward at ZAG Games since the division was established in October 2020, led by expert industry executive Elinor Schops who serves as VP.  The first is an adventure quest game for the Roblox platform, set for release May 3, 2021.

The Miraculous Ladybug Puzzle RPG — slated for debut to coincide with the holiday 2021 premiere of the Miraculous theatrical movie, Ladybug and Cat Noir: Awakening — is a new take on bubble shooter puzzle games combining RPG elements that feature challenging fighting levels designed for a new generation of players. In the game, users will form their own superhero team starring the show’s beloved characters. The team will face different villains in each level and fight them by solving bubble shooter puzzles. Aiming, shooting and popping bubbles will charge the heroes’ special skills and powers. Winning levels will allow the heroes to level up, evolve, and unlock new heroes which the user can add to his team.