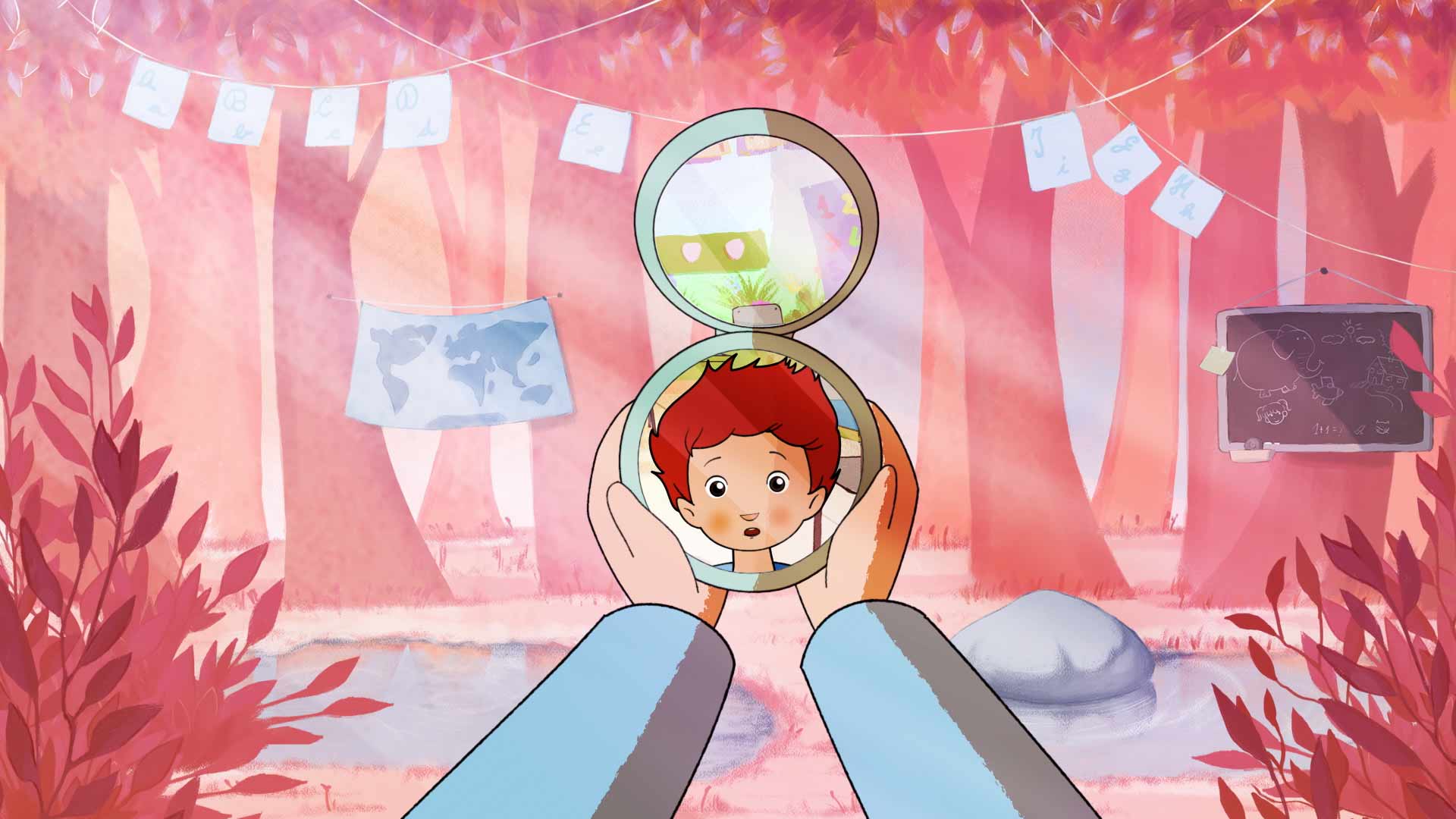 LO SPECCHIO DI LORENZO, THE SHORT THAT TALKS ABOUT AUTISM

The animated short directed by a young director on the theme of autism with Elio interpreter of the song “Heroes” by Bowie-Eno, broadcast on RaiPlay, following the launch on RaiYoyo last April 2nd, on the occasion of the World Awareness Day on Autism

In the wake of the recent broadcast of Pablo, an English animated series much appreciated by the young audience, about an autistic child with a great passion for drawing, launched on Rai Yoyo last April 2nd, Lo Specchio di Lorenzo, by the young art director Angela Conigliaro.

An all-Italian animated short film for Rai Ragazzi produced by the Milanese company beQ entertainment with the support of the Sardegna Film Commission Foundation and the autism friendly project of Coop Lombardia, broadcast on the XIII World Autism Awareness Day, established in 2007 by the Assembly UN general to draw attention to the rights of people with autism spectrum syndrome and their families.

Angela Conigliaro is an emerging director who ranked first in the recent contest “Animiamoci 2020” aimed at young cartoonists for the creation of short stories on the theme of emotions, organized by Videocittà, Anica Servizi and Rai Ragazzi. A creative talent also appreciated abroad where the director is already involved in the development of his first animated feature film with Nørlum, a Danish company co-producer of films such as “The Song of the Sea”, best European animated film and nominated for an Oscar.

Thanks to animation, we can enter the world of Lorenzo, the 7-year-old child who is the protagonist of the story, and see and hear what he sees and hears. Following Lorenzo, through glimpses of animated poetry, we can understand and identify with.

Making use of the illustrations with a strong dreamlike imprint by Sarah Khoury, the Italian-French author of a series of successful children’s books who signs the artistic direction of the film, and using color to highlight Lorenzo’s emotions, in an alternation between subjective and external vision, the director allows the audience to immerse themselves in the emotional world of the child.

Lorenzo observes reality through his personal filter. He manages to “think in images”, transforming what scares him into something reassuring and tolerable. And it is by alternating imaginary world and reality that the director is able to tell the two faces of the autism spectrum: of those who live it from the inside and those who face it from the outside.

In the protagonist’s world, made up of white foxes, pink forests and threatening greyhounds, nothing is as it really appears. Until this world is torn apart by something new, a small mirror, through which Lorenzo sees himself and those around him, perhaps glimpsing a possibility of communicating through his reflection, thanks to the help of his friend Sofia and of the “superhero” brother Michele. Sofia’s lost mirror thus becomes the key to that secret world that opens up to the outside world and allows others to see inside him.

The 13-minute film, made with the scientific advice of Vera Stoppioni, neuropsychiatrist, and Chiara Tamburini, psychotherapist, of the Center for Autism for the Evolutionary Age of the Marche Region, is embellished by the presence of “Heroes”, one of the most famous compositions of David Bowie and Brian Eno, played by Elio. In addition to being the “mantra” song of the protagonist, the song is representative of his vision of his older brother, initially the only “bridge” with the outside world and therefore his hero.