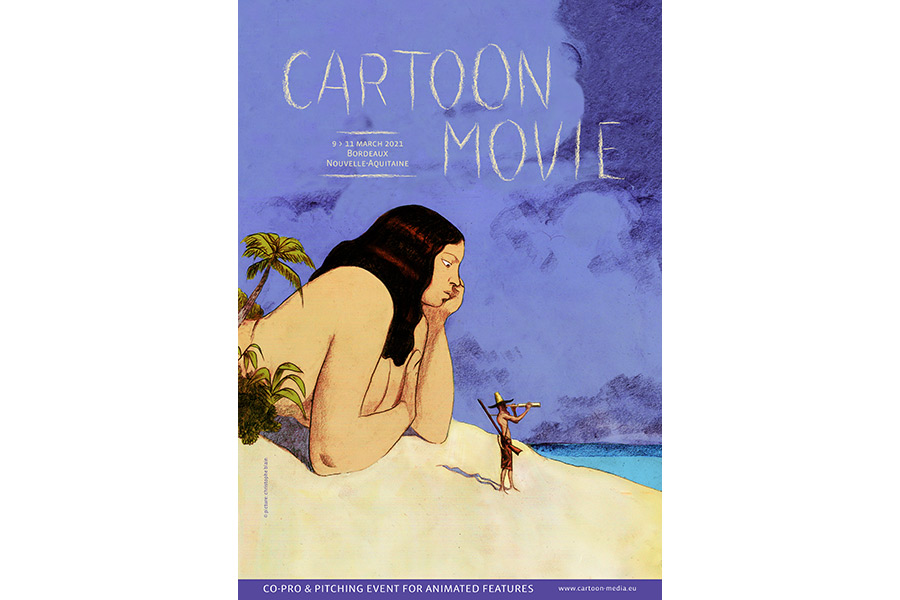 CARTOON MOVIE 2021: SOME PROJECTS TO KEEP AN EYE ON

Tags from the story: Caramel’s Words, Cartoon Movie, Christmas at Cattlehill, Copperbeak, Cut and Run, Fire Keeper, Granny Samurai, Heart of Tower, Rosa and the Stone Troll, Sheba, The adventure of Fram the polar bear, The character of rain, Valentina.

The latest Cartoon Movie took place online from 9 to 11 March 2021. Here is a roundup of some interesting projects.

The Cartoon Movie has reached its 23rd appointment, for the first time in a digital edition due to Covid19, from 9 to 11 March 2021. Over 850 protagonists including directors, distributors, and about 290 buyers and investors (13 % more than in 2020). 55 animated feature film projects were presented from 16 countries, for 76 hours of programming and a total budget of 297 million euros.

Here are some projects to keep an eye on.

Among the preschools, Rosa and the Stone Troll, a concept based on the first book of a series written by Josefine Ottesen, in second place among the most widely read writers in Denmark. The Danish production company Dansk Tegnefilm wants to make it with 2D and Cutout techniques, showing an enchanting natural world in which characters such as fairies and elves live. 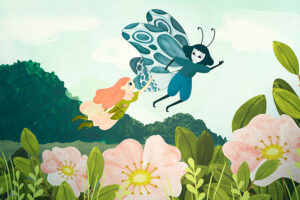 The Spanish project Valentina, curated by Abano Producións, is in production. With 2D/3D technique and lots of music, it tells the story of Valentina, who dreams of becoming a trapeze artist but believes she will never make it because she has Down syndrome. 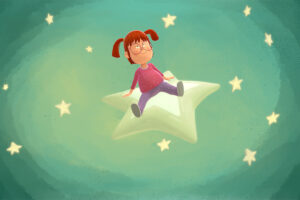 Among the projects for older children stands out Heart of Tower, by Slovakian BFILM, in production. Designed for a target of pre-teenagers with 2D and 3D techniques, it is expected to be released in 2022. It is about Riki, a 10-year-old boy who loves building inventions and investigating crimes. He finds himself in the incredible parallel world of Yourland, where science coexists peacefully with nature. A book, a smartphone game and an online platform of Yourland are planned, for the development of which partners are being sought. 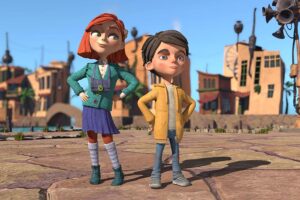 A project for children 5-8 years is Cut and Run by the French company Blue Spirit Productions, in concept. Inspired by the illustrated book La poudre d’escampette by Chloé Cruchaudet (also the screenwriter of the film), it will use the 3D technique. The shy and obedient Paul leaves home and meets a gang of children who just want to be free and wild. It is a story with naturalistic and poetic/fantastic traits. 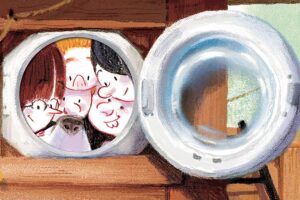 There are several interesting proposals dedicated to the whole family. Granny Samurai – the Monkey King and I, is a project in development by the German Dreamin Dolphin Film, with a 3D technique, from the homonymous book by John Chambers. Sheba, a French project in development by Maybe Movies, with 3D technique, tells the adventures in Ethiopia of Emelia, the ten-year-old daughter of an archaeologist. We are in 1938 when the fascist troops are plundering the country. 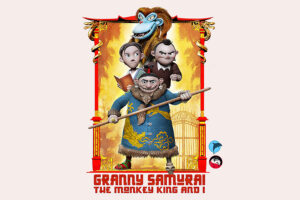 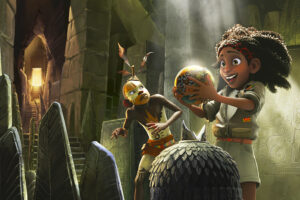 Ninn by French TeamTO is a concept project, with 3D technique, inspired by the homonymous graphic novel by Johan Pilet & Jean-Michel Darlot. Ninn is a girl who enters a magical world from the Paris metro to solve the mysteries of her past. 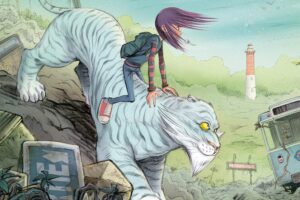 Copperbeak is a project in development, in 2D and Stereoscopic 3D techniques, produced in Italy by Ideacinema and Movimenti Production. Taken from the book Becco di rame by the veterinarian Alberto Briganti, it tells the true story of the Ottorino duck who, after a fight with a fox, was saved thanks to a copper prosthesis to be used in place of the beak. 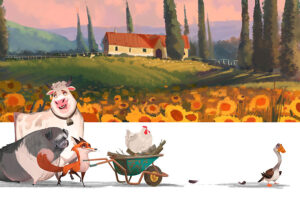 The adventure of Fram the polar bear is a concept project (3D technique and Stereoscopic 3D), produced by the Romanian studio Duo Animation Production. Fram is a polar bear cub who experiences many adventures as he goes in search of his mother. Its story was born in 1931 from the pen of Cezar Petrescu and is still read today. From there other books, TV series, plays, board games and soft toys have been made. 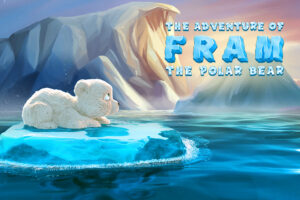 The character of rain (Métaphysique des Tubes) is taken from the text by the writer Amélie Nothomb. Curated by French producer Maybe Movies, in 2D technique and in development, it will probably be finished by 2024. Claire Lacombe of Maybe Movies said that together with the Albin Michel publishing house, they all agreed in considering animation the only means capable of making the content of the book, very visual and eccentric. 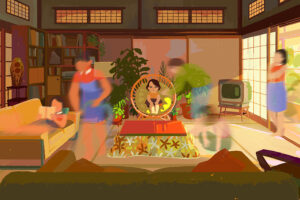 Christmas at Cattlehill is a 68-minute long Norwegian film that was already completed and premiered. Produced by Qvisten Animation, made with 3D technique, it takes us to the first Christmas on the farm of the young cow Klara, who has always lived in the city. 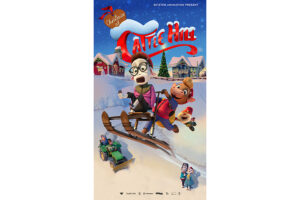 The Fire Keeper is a project in development, produced by France’s Gao Shan Pictures. Taken from Pierre Rabhi’s Le gardien du feu, in 2D technique and set in a village on the edge of the desert, it has aroused a lot of interest in ecological themes. 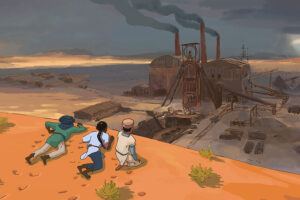 Caramel’s Words is also a beautiful concept project, produced by the Spanish Koniec Films. Taken from the book Palabras de Caramelo by Gonzalo Moure, it will be made with 2D and 3D techniques. It tells the evocative story of Kori, a deaf child who lives in a refugee camp in the Sahara and has the little “Caramel” camel as his best friend. 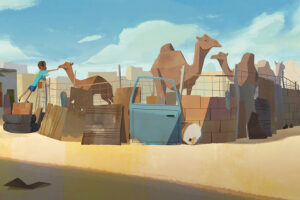 ← 2ND EDITION OF THE BRANDZ KEYNOTE ON APRIL, 8TH 2021 BOLOGNA CHILDREN’S BOOK FAIR WILL BE ALL DIGITAL →