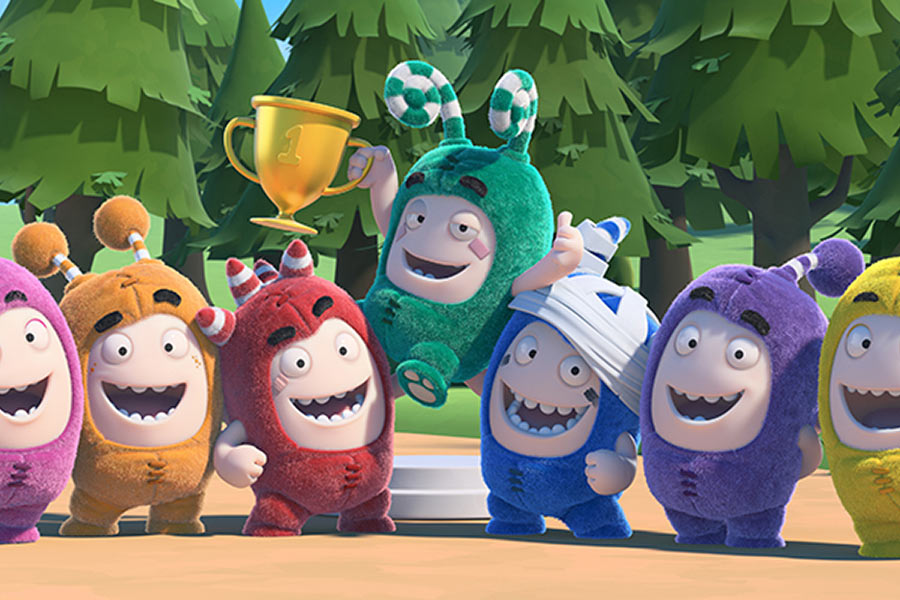 ONE ANIMATION SCORES NEW BROADCAST DEALS FOR ODDBODS AND INSECTIBLES

International Channels on Board Including WarnerMedia, Canal+ and Astro

Award-winning content creation, distribution and licensing studio One Animation has secured a wave of linear broadcast sales across the long-form, short-form and seasonal specials of its beloved preschool series Oddbods and the kids’ animated adventure comedy, Insectibles.

Mexican broadcaster Televisa has picked up seasons one and two of Oddbods’ seven-minute long-form version and the first season of the one-minute short-form content, while for Latin America, WarnerMedia takes the “Oddbeard’s Curse” Halloween 22-minute special for its Boomerang and Cartoon Network kids’ channels.

In France, teleTOON+ (a Canal+ Group channel) has also added the title, as well as renewing rights to further 22-minute seasonal specials “Party Monsters”, “The Festive Menace” and “Zee Force Five”. Additionally, One Animation has secured new deals in partnership with distribution agent Zoland Distribution, including: Studio N in Poland has picked up Free TV and SVOD rights to seasons one to three of Oddbods long-form, in addition to the “The Festive Menace”, “Zee Force Five”, “Party Monsters” and “Oddbeard’s Curse” specials; and season one of Insectibles (52 X 11 min) has been acquired by TRO (Russia) in Tatar language, and RedHead SARL (South Africa) for Free TV distribution.

← MONDO TV IBEROAMERICA TO DISTRIBUTE NINA & OLGA IN SPANISH-SPEAKING TERRITORIES MY LITTLE PONY IS BACK: A NEW MOVIE & TV SERIES EXCLUSIVELY ON NETFLIX →