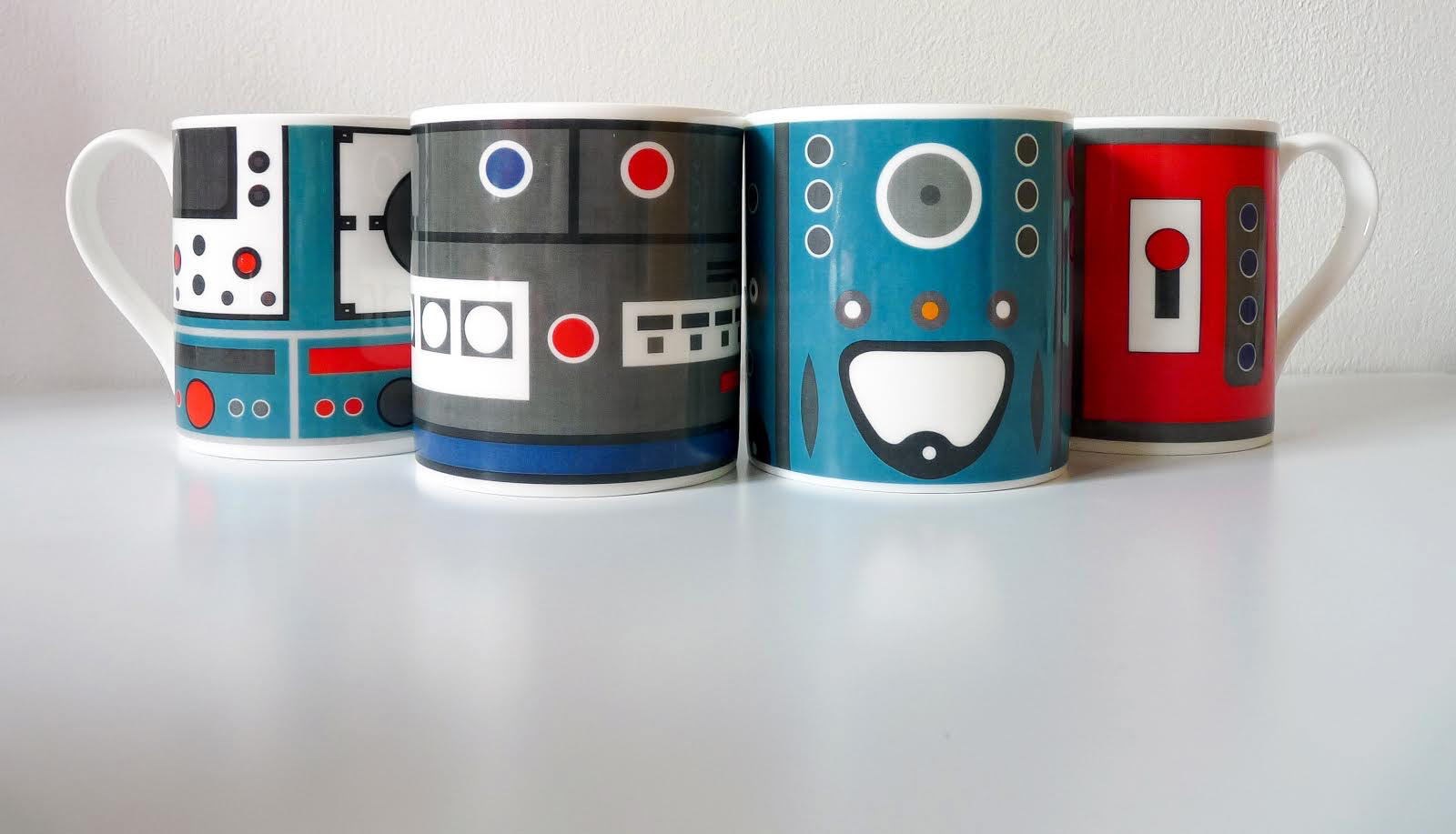 Gail has designed an exclusive limited-edition set of mugs and coasters with four designs inspired by the universe created by Gerry Anderson for his hit shows. The designs were commissioned by Jamie Anderson, who heard about Gail’s work from her writer husband, Matt. Jamie, a writer, director producer and Anderson Entertainment MD, who is also Gerry’s son, was especially impressed by a design inspired by control panels seen in shows like Thunderbirds.

The bone china 350 ml mugs are hand finished at James Dean Pottery in Kent. The Gail Myerscough logo sits alongside the Anderson Entertainment logo on the back stamp of the mugs.

The mugs and coasters will be sold exclusively through Anderson Entertainment’s highly successful e-commerce site, the Gerry Anderson Store, which boasts an expanding list of both licensee-supplied products and new items developed and created by Anderson Entertainment. They will be available from the beginning of April. The core market for the mugs is expected to be Gerry Anderson fans and gift buyers of all ages, along with lovers of stylish, unusual homeware.

Gail Myerscough says: “I take my inspiration from mid-century design and modernist architecture and I grew up watching Gerry Anderson shows, so bringing all these interests together in these designs has been a real pleasure for me. Anderson Entertainment has been a delight to work with and I’m looking forward to more collaborations in the near future.”

Jamie Anderson, MD of Anderson Entertainment, says: “Gail is a creative and versatile designer with a new and fresh way of looking at the Anderson classics which at the same time captures the essence of their appeal. These stylish, original and fun mugs and coasters are an integral part of our ongoing plans for an expanded offering from the Gerry Anderson Store to meet growing demand. It’s going to be a very busy 2021!”