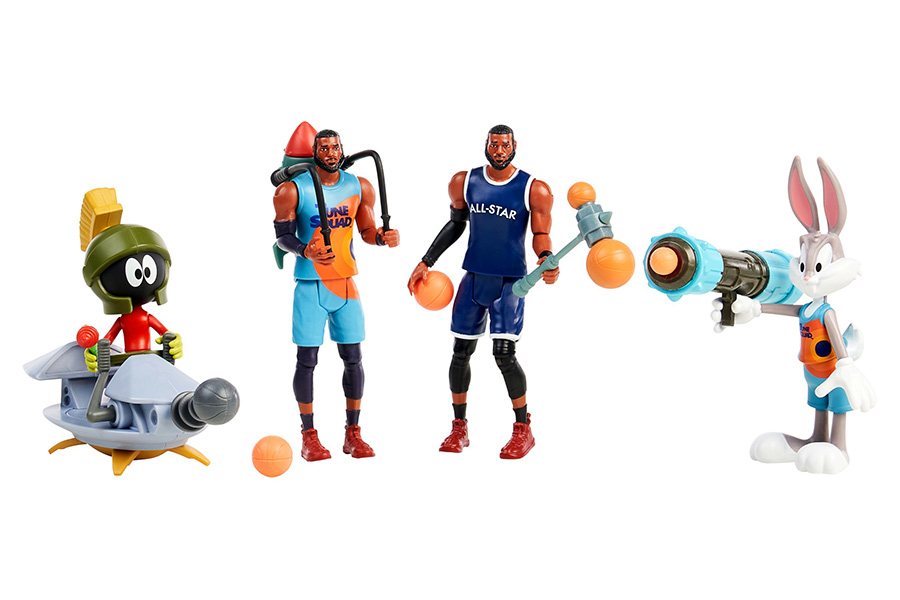 Moose Toys, in collaboration with Warner Bros. Consumer Products will have fans cheering with the introduction of an all-star line-up of products to celebrate the summer theatrical release of Warner Bros. Pictures’ “Space Jam: A New Legacy.” Full of fan favorites, “Space Jam: A New Legacy” features basketball star LeBron James alongside Looney Tunes’ greatest characters of all time, including Bugs Bunny, Lola Bunny, Tazmanian Devil and Marvin the Martian.

The pre-game begins in April, when the first toys from “Space Jam: A New Legacy” become available. Moose Toys’ slam-dunk range will include action figures, playsets, collectibles, plush characters and more, including Goo Heroes, which are inspired by Moose Toys’ hot brand, Heroes of Goo Jit Zu.  The line also includes the super innovative Super Shoot and Dunk LeBron James featuring the first ever action figure that really jumps, dunks and hangs-on-the-rim, just like LeBron’s character in the film. The toy range features regular refreshes and new introductions throughout the fall and holiday season, sure to delight fans of all ages.