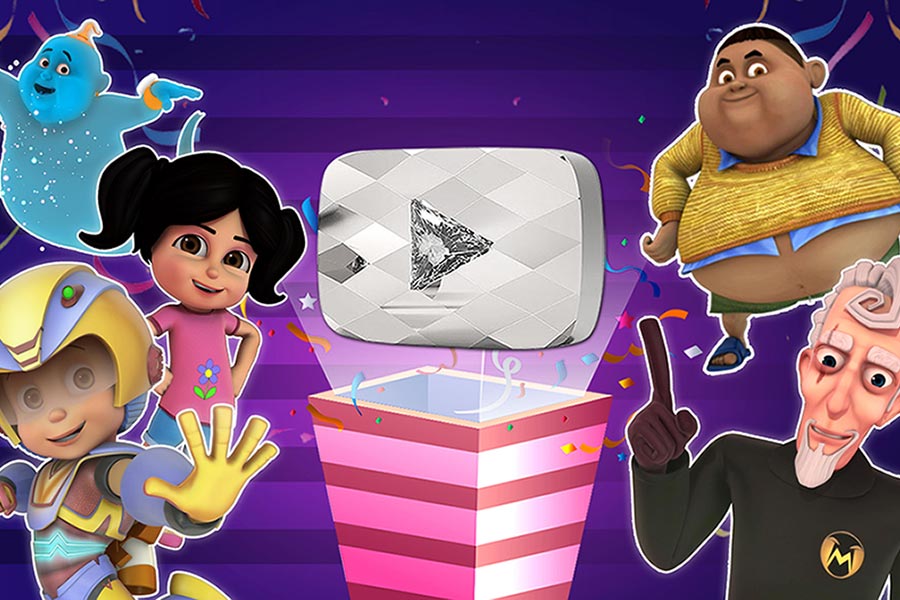 The Wow Kidz Action channel has seen immense growth in just over three years, hitting 30 billion views across its collection of homegrown and internationally acquired titles, including Vir: The Robot Boy, Rollbots, Hotwheels, Robinhood, Gattu The Power Champ and Gormiti.

Anish Mehta, CEO of Cosmos Maya, says: “The Wow Kidz brand growth on YouTube has been spurred by the increased global internet usage among families during lockdown. It has seen a meteoric growth in revenue potential across nearly 160 countries around the world, and increased the number of acquisition partnerships and gross and repeat viewership. Having two Diamond Play buttons in the same MCN is a rare achievement. A genre-specific channel within our MCN getting such an award solidifies the strength of our diverse offering ranging across geographies, languages and genres across YouTube, and is testimony to how we’ve kept our finger on the pulse of audience tastes. We are extremely proud of these accolades.”

Wow Kidz’ multi-channel YouTube network is home to over 20,000 videos of owned and third-party animated content, spanning genres including comedy, edutainment, nursery rhymes and action. Across the 34 channels in 18 languages, Wow Kidz has over 60 million total subscribers.

Wow Kidz is known for its superhit kids shows like Motu Patlu, Selfie With Bajrangi, Eena Meena Deeka and Vir: The Robot Boy, which alone has over 13 billion views on YouTube.