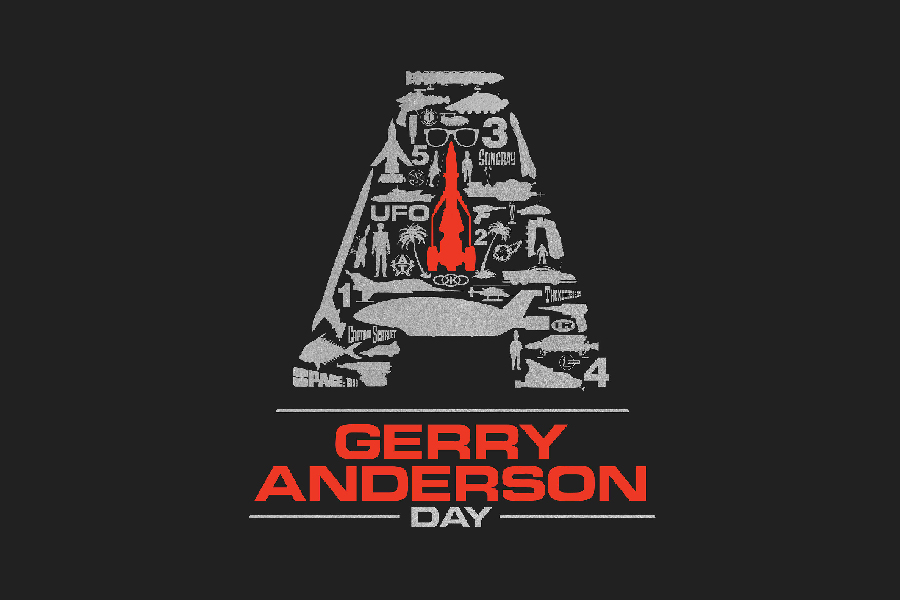 Online events, special product releases and content, appearances by celebrity fans, and more planned for international celebration of Thunderbirds creator on the 14th of April

Anderson Entertainment, the production company founded by Gerry Anderson, has announced the first-ever international Gerry Anderson Day. It will take place on the 14th of April, the birthday of the man behind such iconic shows as Thunderbirds and Space:1999 as well as modern hits like Space Precinct and the 2005 reimagining of Captain Scarlet.

Supporting all of these exciting plans is the redesigned corporate website www.anderson-entertainment.co.uk, which launched in mid-January. And of course the event has its own hashtag: #GerryAndersonDay

The timing of Gerry Anderson Day is perfect in what is shaping up to be one of the biggest years ever for the company that Gerry Anderson founded. More and more of his classic shows are appearing on TV and streaming services. Thunderbirds, Fireball XL5, Stingray, UFO and Anderson Entertainment’s 2005 reinvention of Captain Scarlet, as well as many other favourites, continue to enjoy strong sales on DVD and Blu-Ray.

Consumer demand is also driving merchandising growth. An expanded direct-to-consumer and retail merchandising offering on the popular online Gerry Anderson Store will see a large number of major launches during the first half of the year. The site is already on course to more than double its year-on-year sales in 2021.

New series are on the way too, overseen by Gerry’s son Jamie, himself a celebrated writer and producer and MD of Anderson Entertainment, including the brand-new sci-fi drama Firestorm and a reboot of 80s hit Terrahawks. The second series of the popular audio drama hit First Action Bureau – developed and produced during the spring lockdown – will also arrive this year. Series one has just been released on CD.

Jamie Anderson says: “Gerry Anderson’s work has been popular for decades and is still gaining new fans. His creations are today a multi-platform phenomenon that is inspiring an expanding product line and the continuing planning and development of new content. With interest high – and growing – across multiple generations of consumers and viewers, we expect strong engagement from both fans and media in the first-ever Gerry Anderson Day.”

← SPIELWARENMESSE 2022: MOST IMPORTANT INDUSTRY NETWORK LAUNCHES DIGITAL PLATFORM FOR LIVE EVENT ON THE OCCASION OF THE INTERNATIONAL WOMEN'S DAY, BARBIE CELEBRATES A NEW MODEL OF INSPIRATION AND EMPOWERMENT: CRISTINA FOGAZZI (THE CHINIC Beautician) →