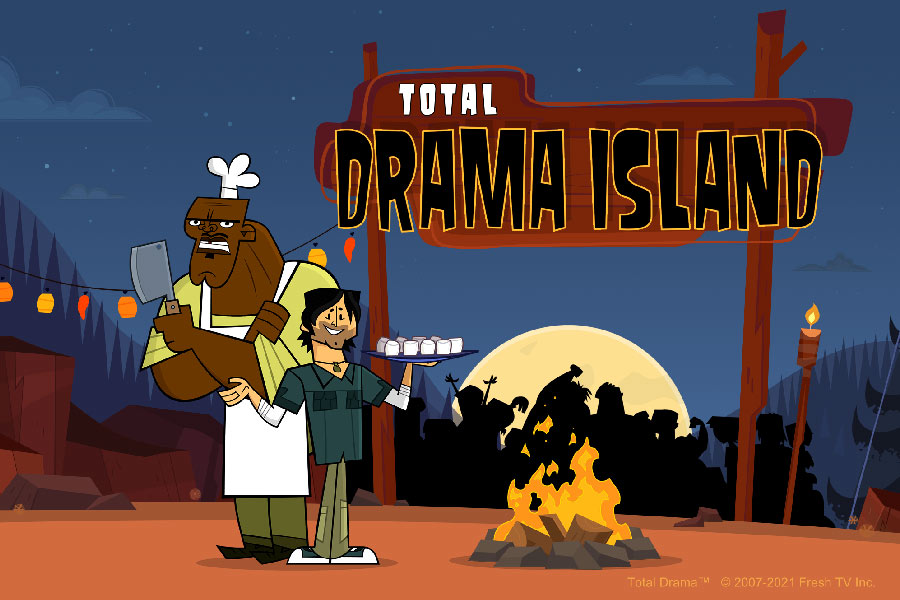 CAKE and Fresh TV have announced two new seasons (26 half hours) of the hit animated reality show, Total Drama Island to be broadcast on Cartoon Network and HBO Max in the US.

The long-awaited return revisits the original Total Drama Island format while introducing an updated cast of quirky, iconic teen contestants, as they face hard core competition, brutal eliminations and more drama than ever before!

Returning as host, Chris McLean is accompanied by the camp’s favourite, Chef Hatchet, as they challenge contestants to embark on even more action-filled adventures. Taking place in the run-down Camp Wawanakwa, contestants must give it their all as they compete in extreme baking, TikToking, drag racing and “disaster and horror movie inspired challenges” for a chance to win the one million dollar prize.

promises once again to take reality TV to the next level with insane competitions, major intrigue and brutally honest confessionals guaranteed to delight fans everywhere!

Created by Tom McGillis and Jennifer Pertsch, Total Drama Island is produced by Fresh TV and distributed internationally by CAKE.