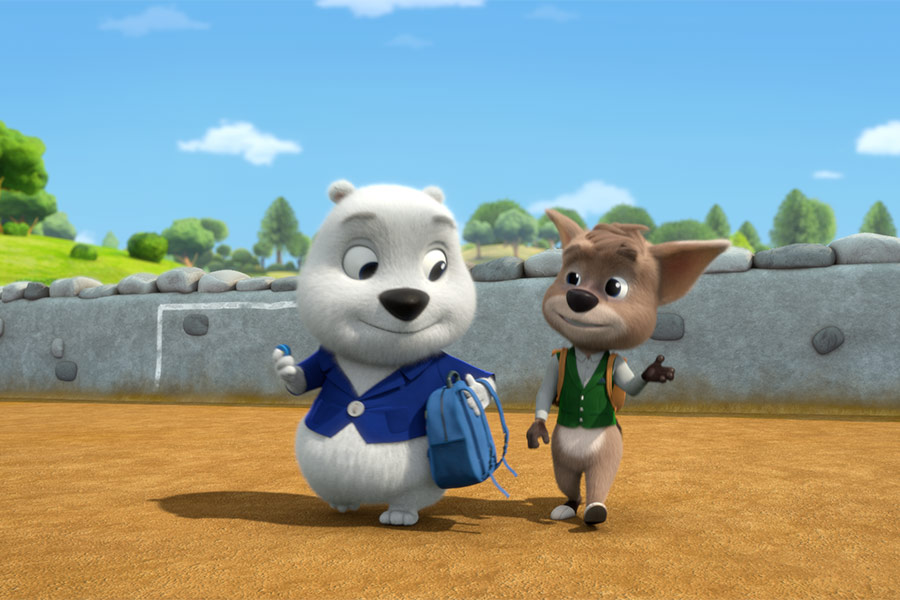 The show will appear on RTE Jr, RTE’s free-to-air kids’ television channel, which targets a demographic of 2-to-7-year-olds.

Although sales are about to be announced in a number of regions, the announcement that one of the first launches of the show is to be on RTE is particularly appropriate – as Paddles is set in Ireland.

The cast contains a number of leading Irish actors, well-known for stage and screen acting as well as voice work. They include Suzi Power, who is best known for her role as Eleanor Daly in RTE’s Fair City. She also played the title character in Little Roy, which is a CBBC/Jam media production. Dawn Bradfield was cast in the movie King Arthur with Keira Knightley. Her credits also include RTE’s Pure Mule. Dawn also starred in the acclaimed theatre production of Dancing at Lughnasa.

This charming, exciting and very funny 52 x 11 series tells the story of Paddles, a polar bear cub accidentally delivered by the Stork to a frozen River Shannon in Ireland – and brought up by a pack of Irish wolfhounds. Through the adventures, mistakes and discoveries of its funny and huggable star, and his friends Bracken, Bridie and Fagan, Paddles shows its young audience that being different is something to be celebrated and enjoyed.

This is the latest of a number of broadcast announcements for this wonderful new show. It was also recently confirmed that Paddles will be broadcast on Cartoonito later this year. More broadcast deals involving Paddles are imminent and will be announced in the coming weeks.

Brendan Kelly, Head of Sales at Futurum, says: “We’re delighted to be launching Paddles on the leading children’s channel in Ireland. Although the setting will be familiar to many young Irish viewers, the tale of a young child trying to fit in in an unusual environment is a universal one and we are confident this funny and charming show will quickly gain fans both in Ireland and in many other markets worldwide.”

Dermot Horan, Director of Acquisitions & Co-Productions at RTE, says “RTE is delighted to acquire a global series created by the seven-time Emmy award-winning Jakers! team – a series that is not only set in Ireland but that also showcases Irish talent.”