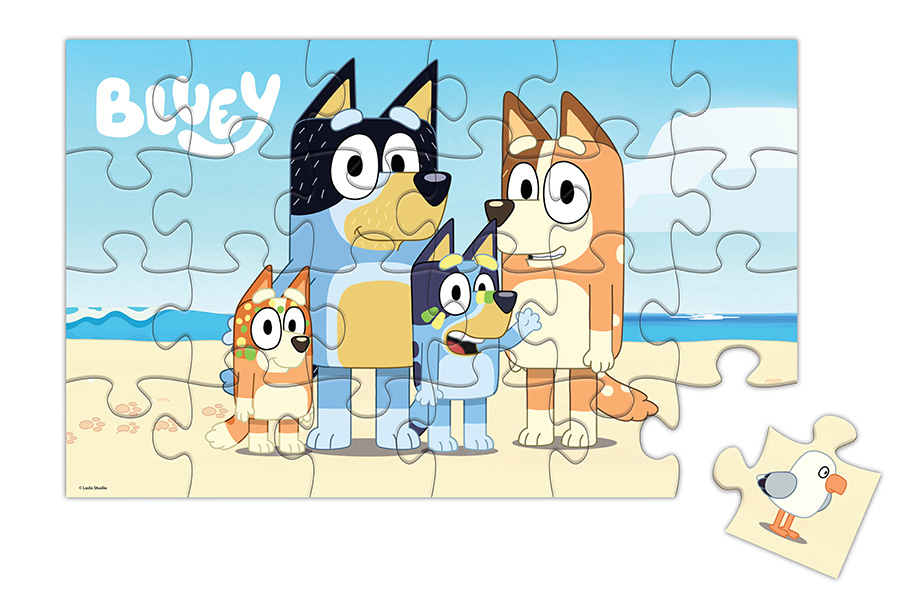 BBC Studios, the distributor and licensing agent for the international hit preschool show Bluey, is expanding the brand’s consumer products offerings with five new licensing partners that will bring even more series-inspired fun to children across the country. A sensation with U.S. audiences since its fall 2019 premiere, Bluey, available on Disney Channel, Disney Junior and Disney+, has won over fans across the country with its debut range of toys from Moose Toys and books from Penguin Random House. Now, the popular brand is poised to make an even bigger imprint at retail this year with new introductions from The Bentex Group, Spin Master, Jay Franco, Kurt Adler, and Zak Designs.

The new best-in-class Bluey partners include:

“Bluey, Bluey, Bluey! The brand is picking up real momentum in the U.S. off the back of the series success on Disney platforms, and the debut line of toys and books. The upcoming line of products from our new best-in-class partners are poised to help families build upon their Bluey-inspired adventures together,” said Suzy Raia, VP Consumer Products and Business Development, BBC Studios. “We hope parents are eager to expand the Bluey presence in their home – it’s truly a show that continues to resonate with families and that parents are eagerly embracing.”

Bluey is a multi-award-winning Australian children’s series that has taken Australia and the U.S. by storm and is charming audiences around the globe. Loved by parents and children for its heartfelt and funny portrayal of family life and celebration of play, the series follows Bluey, a 6-year-old Blue Heeler dog, who loves to play and turns everyday family life into extraordinary adventures that unfold in unpredictable and hilarious ways, bringing her family, friends and community into her world of fun.

In Australia, Bluey is the most watched series ever on ABC iview, with over 480 million plays across series 1 and 2.**** The series has enjoyed critical success internationally, winning an International Emmy Award in the “Preschool” category in March 2020.