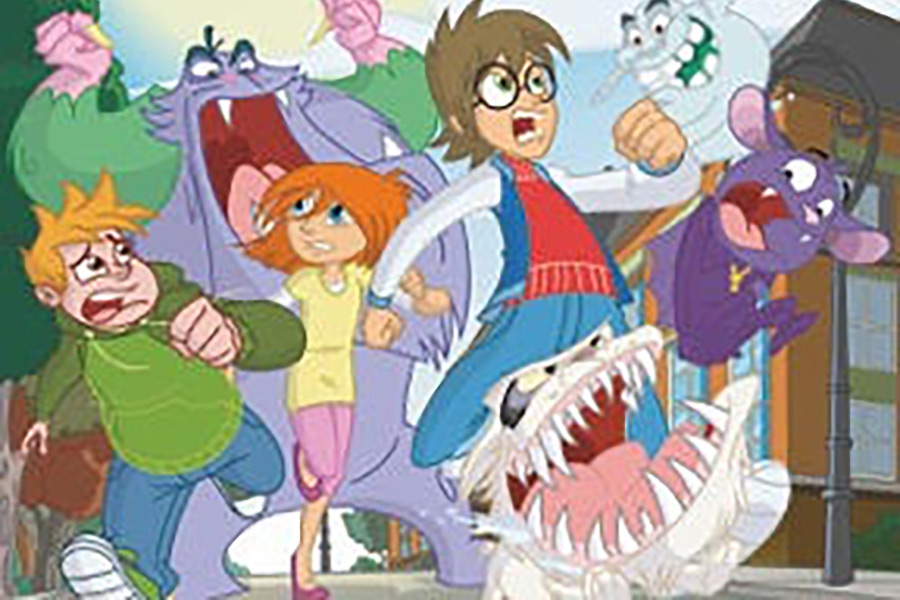 BAT PAT SOARS INTO THE US, UK AND CANADA WITH HAPPYKIDS

Atlantyca Entertainment announced a partnership with Future Today, the only full-stack streaming solution that packages branded channels and delivers audiences to watch them, to distribute the first season (52 episodes) of its popular Bat Pat animated series on HappyKids, Future Today’s flagship kids and family- channel, bringing the scary-comic adventures of the lovable Bat to young audiences throughout the US, UK and Canada.

Available starting February 8th, the first season of Bat Pat follows the spooky and comical animated adventures of Bat Pat and his friends Martin, Leo and Rebecca Silver as they unravel mysteries and cross paths with supernatural creatures of the night that lurk, haunt, shriek and dig themselves up in every dark corner of their home of Fogville – a small town that seems to be the center of all things weird in the world, a veritable magnet to ghosts, mummies, witches, creatures, werewolves and things that go bump in the night, but just because they need help!

The first season of the series, produced by Atlantyca with the participation of Rai and RTVE, has been sold to more than 100 countries including Italy, Spain, US, UK, Benelux, Sweden, Lithuania, Singapore, Sri Lanka, India, the Middle East, where it has achieved great success. In 2019, the second season of the series debuted in Italy and Spain, with 52 brand new episodes even scarier and more fun. The second season is a Mondo TV Producciones Canarias, Bat Pat AIE co-production with the participation of Rai Ragazzi and Clan TVE.

Future Today and the HappyKids network of channels have quickly become one of the largest publishers of family-friendly content on streaming platforms, with a portfolio of over 150 apps for channels dedicated to the genre, and provides 24/7 access to many of today’s most popular TV series and movies free of charge to viewers across the world.

The HappyKids channel is entirely free and COPPA compliant, and is available across numerous streaming platforms and devices, including Roku, Apple TV, AndroidTV, Amazon Fire TV, Comcast Xfinity, Cox Contour, iOS, Android, and most recently, as a linear channel on Vizio Smart TVs.