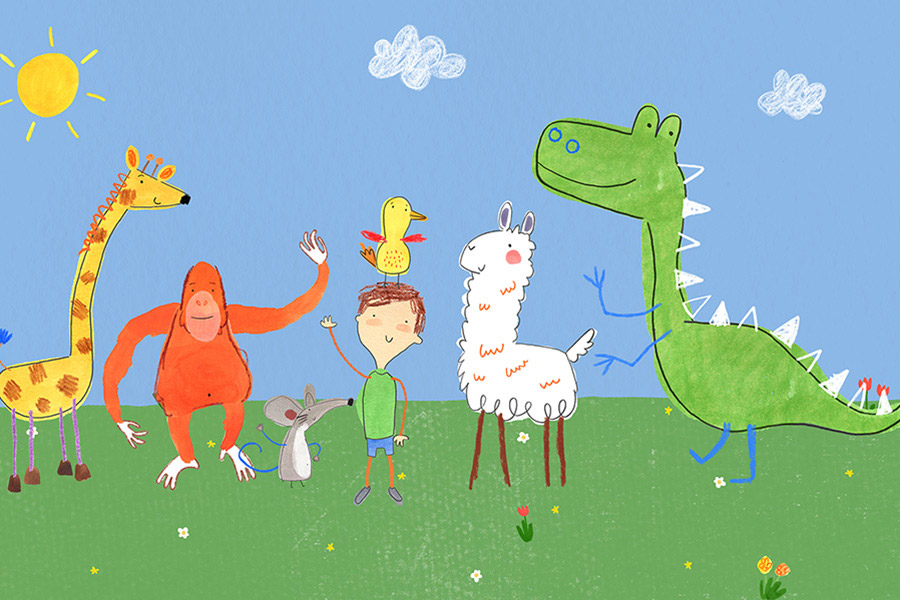 CAKE has signed a deal with Italian public broadcaster Rai for the first season of ground-breaking pre-school animated series Pablo.

Pablo features a smart and artistic little boy, whose imaginative drawings come to life enabling him to face the Real World with confidence. Pablo is 5½ and on the autism spectrum.  Using his magic crayons, Pablo bravely turns his life challenges into fantastic adventures and his feelings into colourful characters with a voice. With the help of his Art World friends, Llama, Noa, Mouse, Draff, Tang and Wren, Pablo is better able to make sense of his 5½ year old world.

The first ever children’s series to feature an autistic central character, Pablo reflects the real-life experiences of children with autism and has been devised, co-written and voiced by young autistic talent.

Pablo is produced by Paper Owl Films for CBeebies and RTÉJr., in association with Kavaleer Productions and Ingenious with funding from Northern Ireland Screen and BAI.

Ed Galton, CCO & Managing Director at CAKE and Exec Producer on Pablo said, “We are thrilled to be partnering with Rai on Pablo, a pioneering show, which raises awareness of autism and delivers relevant content to today’s young audiences while celebrating inclusivity, creativity and individuality.”

Luca Milano, Executive Director of Rai Kids said, “Inclusion has always been a central theme for Rai even more so in this period of emergency when the pandemic has made social interaction more difficult for everyone. Pablo is a series of great emotion and poetry that will find in Rai Yoyo, the leading Italian network for children, an attentive and sympathetic audience.”