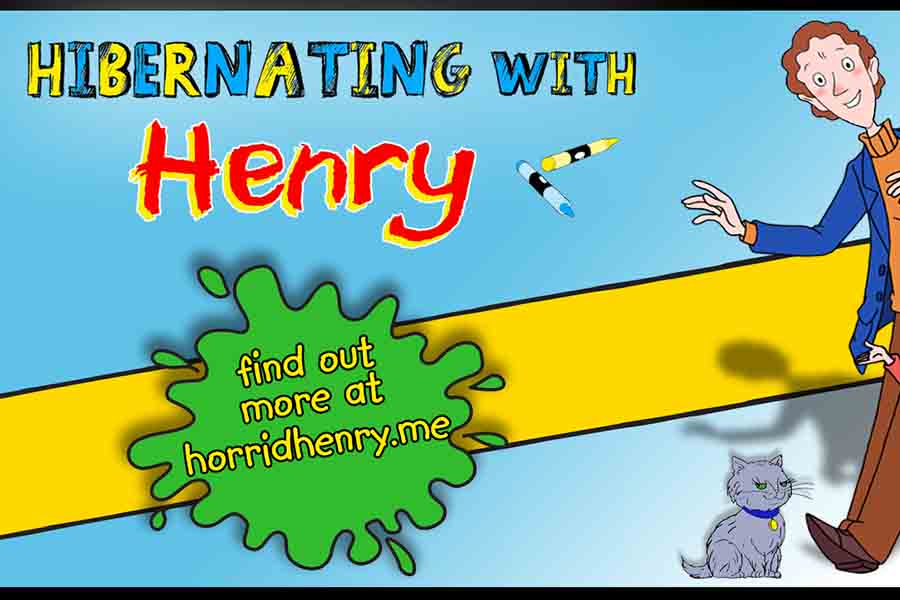 Novel Entertainment is launching a month-long ‘Story a Day’ offering as part of their Hibernating with Henry initiative, which will see a free audio story posted daily on internationally renowned Horrid Henry’s brand new website (https://www.horridhenry.me/). Starting from Monday 1 February, the first title available will be ‘Horrid Henry and the Antiques Rogue Show’ with additional stories including Horrid Henry Computer Whizz and Horrid Henry’s Favourite Day to follow; all stories will go live daily at 1600 GMT.

‘Story a Day’ is part of Novel Entertainment’s current ‘Hibernating with Henry’ campaign, which is offering online resources and activities to keep children and families entertained and active during the current pandemic. Further activities will be announced in the coming weeks.

Lucinda Whiteley, Creative Director and Co-Founder of Novel Entertainment, said: “Henry’s been hard at work, thinking up ways to share his top hibernation tips. Of course, being Henry, he’s full of ideas, but first up we’re excited for Henry fans to be able to settle down after finishing their school day, with or without their grown-up, and listen to a different story every day throughout February.”

Novel Entertainment’s Horrid Henry audio content takes the form of dramatisations from its hit Horrid Henry TV series, featuring the show’s voice talent with additional narrative from Henry (voiced by Elizabeth Waterworth-Santo) and songs. A Horrid Henry podcast also launched in 2020 which is titled Horrid Henry Unlocked and presented by radio host Sean Thorne, voice actor Lizzie Waterworth, and Henry himself. It offers fans insights into the inner workings of the world of Horrid Henry.

Since the start of the pandemic, Novel Entertainment has created over 100 pieces of fresh content for Horrid Henry, produced under the banner of Horrid Henry Unlocked which is designed to offer a familiar environment for fans to discover how the Horrid Henry family is responding to the current crisis. As well as the Horrid Henry podcast and audio stories, material includes Horrid Homework in the form of activities, projects, challenges, puzzles, and bespoke videos including newly created songs, short videos and behind the scenes content and interviews.