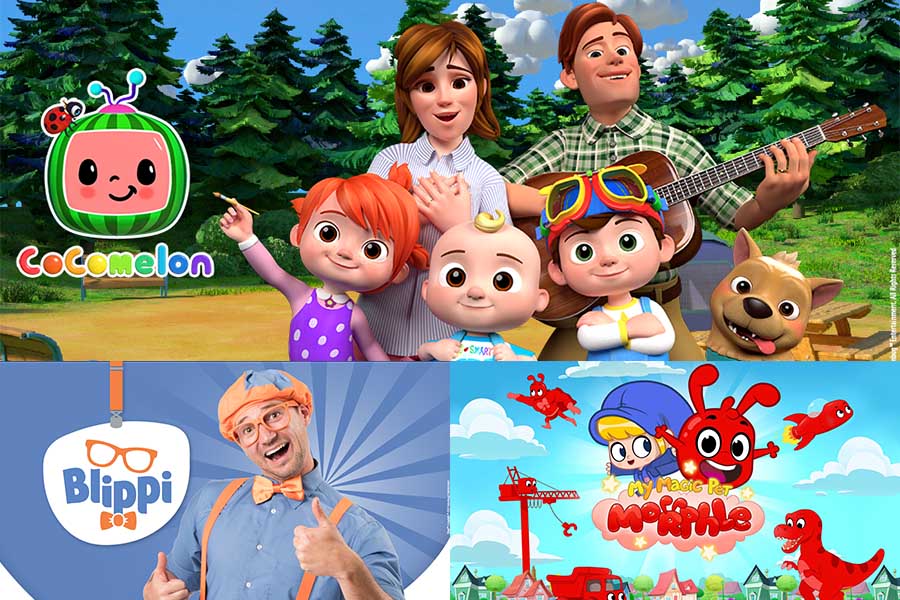 MDL announced it has partnered with Moonbug Entertainment Ltd. to become the licensing agent in the Italian market for CoComelon, Blippi and My Magic Pet Morphle. In just two years, Moonbug has become a kids’ programming powerhouse with a library of more than 550 hours of content, which is distributed on more than 100 platforms globally, including YouTube, Netflix, Hulu, Amazon Prime Video, Joyn, Sky and Roku.

CoComelon teaches children how to take on everyday activities and role models positive behavior with a sense of enthusiasm. Kids can easily relate to the universal themes and everyday narratives such as eating your vegetables, learning to tie your shoes and getting ready for bed. With its bright and bold colors and cheerful nursery rhymes and phrases, CoComelon attracts children aged one to four to sing and dance along with Baby JJ and his siblings as they learn letters, numbers, animal sounds, colors and more. It is available on all major platforms including Amazon, Spotify, Apple Music, Roku and Netflix and has surpassed 100 million subscribers on YouTube and garnered nearly 100 billion views on the platform.

Blippi is an energetic and loveable character clad in orange and blue that jumps off the screen with his goofy mannerisms and friendly demeanor. He’s taught millions of kids how to count, colors, letters, and much more. In just a few years since his inception, Blippi has become a global sensation with over 11 million YouTube subscribers and 700 million views per month. Blippi is also available on some of the largest premium streaming services such as Hulu, Amazon Prime, Roku, Virgin Media and Kidoodle.

Morphle is a magical red pet who can morph himself into anything – a sweet puppy, a giant truck, a cool dinosaur or anything that his human companion Mila’s playful mind can imagine. The series is aimed at children aged three to six and is available in 12 languages. With over 250 episodes in its library, the show teaches preschoolers the themes of friendship, problem solving and creativity, and is available on a range of digital platforms including YouTube, Amazon, Netflix, Apple TV, and most recently, was part of a deal to be shown on Virgin Media platforms. A hit with tots and their families worldwide, the Morphle YouTube channel has 9.6 million subscribers and has had over 6 billion views since it was established in 2011.

“The relatable content in these properties makes them highly accessible, involving both children and parents in their first learning phases” states Maurizio Distefano, President of MDL. “The successes that these series have collected since their inception demonstrates their strength, and we’re excited to help fans access products that include their favorite characters.”

← SANRIO: A 2021 FULL OF EXCITING CHANGES AND NEW FRIENDS CHEFCLUB ANNOUNCES A NEW FINANCING ROUND OF 14 MILLION →