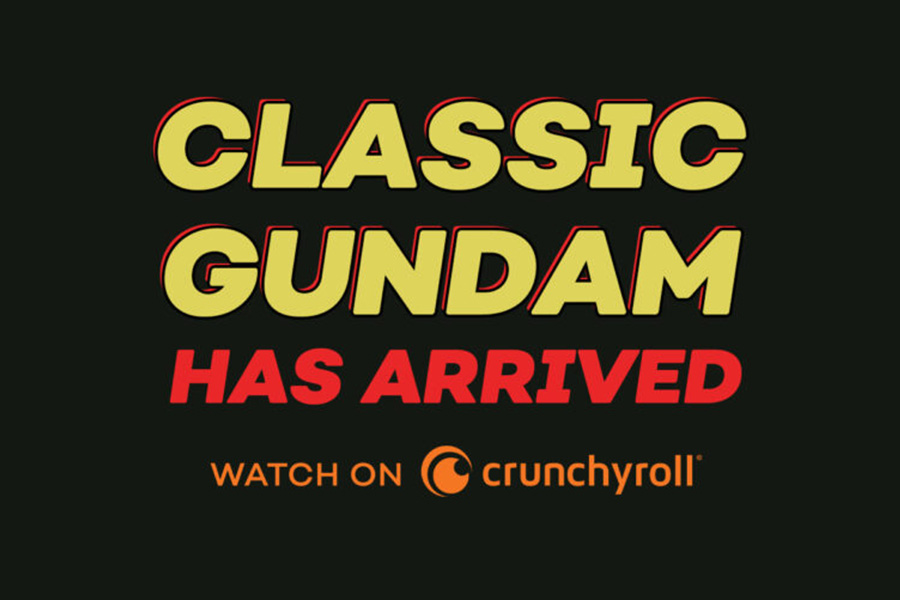 Crunchyroll, the world’s most popular anime brand, is adding “Mobile Suit Gundam,” the first series within the iconic Gundam franchise, to its extensive anime library of more than 1,000 titles and 30,000 episodes.

All 42 episodes of the godfather of the mecha genre will be available on Crunchyroll, in both English dub and subtitles.

The subtitled series will also be coming soon to Crunchyroll’s international regions in French, German, Spanish and Portuguese.

“Mobile Suit Gundam” was created by Yoshiyuki Tomino and was animated and produced by SUNRISE. The series, which revolutionized the mecha anime genre, premiered in 1979 and has since become a worldwide phenomenon as a Top 15 media franchise, grossing more than $20 Billion in total retail sales.

Gundam plastic models (Gunplas) make up 90% of the Japanese character plastic-model market, with more than 500 million models sold to date.

The consumer products team at Crunchyroll provides global anime fans with the best in lifestyle, home goods, fashion and more, managing all-rights for more than 350 anime series for more than 100 global licensees.