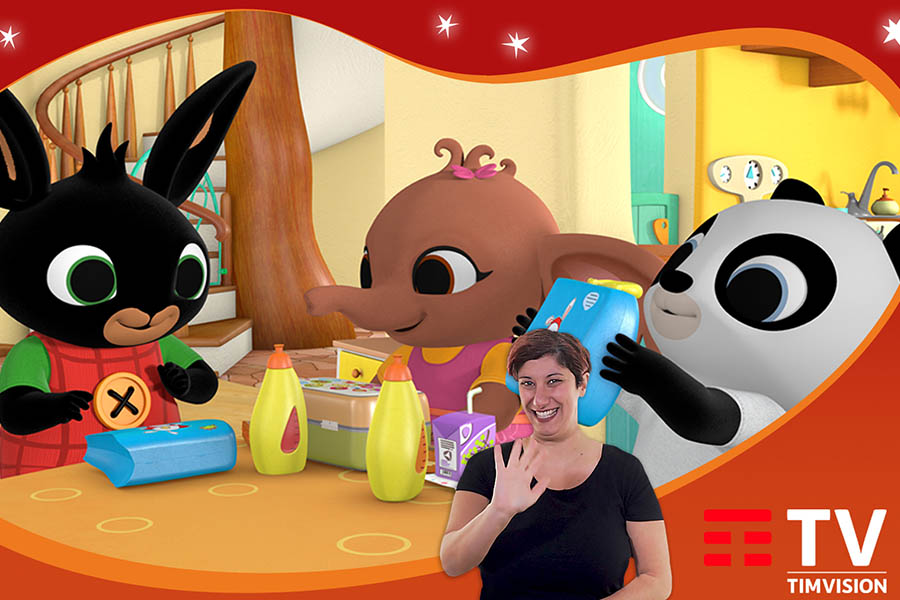 Bing celebrates the messy, joyful reality of pre-school life and finds the big stories in the little moments. These stories represent the everyday dramas that all young children and the grown-ups in their lives will recognise.

A selection of original Bing episodes featuring an Italian sign language interpreter launched on TIMVISION on 24th December 2020 as part of the company’s commitment to offer educational and fun-filled opportunities to deaf children in Italy. These dubbed episodes joined the original 78 episodes of Bing that have been available to stream on TIMVISION since November 2019. A total of 14 LIS (Lingua dei segni italiana) A total of 14 LIS (Lingua dei segni italiana) episodes will be available to stream by the end of this month with more to come in 2021.

Eroulla Constantine, Director of Sales and Distribution, Acamar Films said, “We are delighted to have Bing as part of TIMVISION’s growing catalogue of LIS version episodes on their platform. We stand alongside TIMVISION’s commitment to diversity and inclusion with meeting children’s specific needs.  We look forward to having more inclusive episodes of the series available in Italy.”

Bing has seen incredible success in Italy since it first launched in 2018 and is beloved among little ones and their grown-ups in the region. With more stories in high demand, the latest series recently launched on-air and on various platforms including the new Bing app, ‘Bing: Guarda, Gioca, Impara’. The app successfully launched in the summer and includes episodes and compilations, learning games and activities.