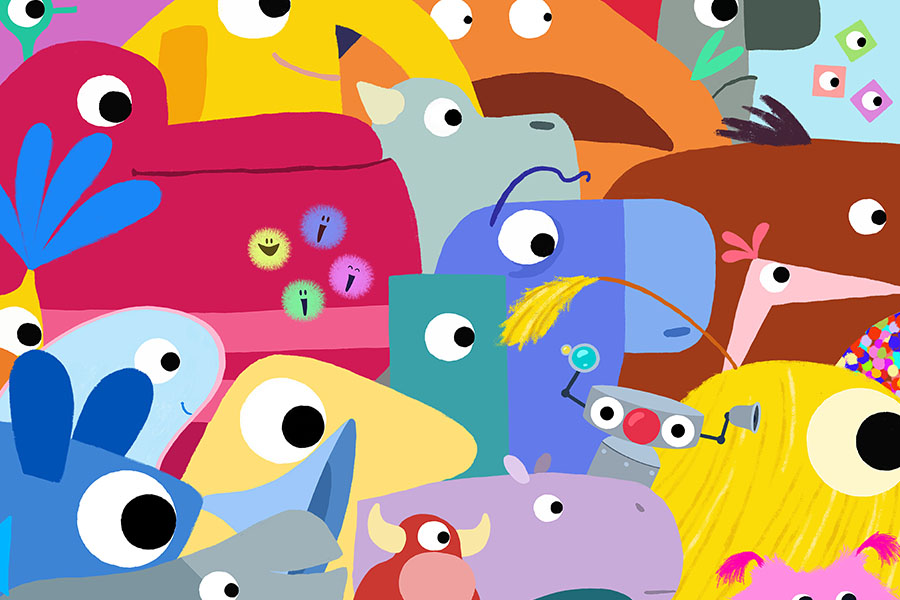 CAKE TO DISTRIBUTE NEW RAGDOLL SERIES B.O.T. AND THE BEASTIES

Tags from the story: B.O.T. AND THE BEASTIES, Brands with Influence, CAKE, CBeebies, In the Night Garden, Ragdoll Productions, Teletubbies, Twirlywoos.

CAKE has signed a deal with Ragdoll Productions to distribute its new preschool 2D animated series B.O.T. and the BEASTIES

B.O.T. and the BEASTIES has been developed by Anne Wood (Teletubbies, In the Night Garden, Twirlywoos) and will premiere on CBeebies on 11 January 2021. CAKE will handle worldwide distribution rights excluding the UK. Brands With Influence have been appointed to manage licensing worldwide.

B.O.T. and the BEASTIES (50 x 5’) introduces pre-schoolers to the comic adventures and misadventures of a loveable robot called B.O.T. (Beastie Observation Transmitter) as he discovers new worlds and an assortment of bizarre beasties that inhabit them. B.O.T. must collect data on the comically unpredictable beasties and while his mission is never easy, it is always fun! Strong visual comedy, playfulness and invention are at the heart of the show with each episode offering wonderful storytelling as B.O.T. embarks on a hilarious beastie journey of discovery!

Ed Galton, CCO & Managing Director at CAKE said, “Ragdoll’s reputation for producing high calibre IP’s with proven global appeal is unprecedented in the preschool space and we are thrilled to be working with them on B.O.T and the BEASTIES.”

Anne Wood Founder and Creative Director Ragdoll Productions Limited said, “It has been the greatest fun and privilege to work with a new young team of animators to bring to life so many comic characters. We are delighted to have CAKE as our partner to launch this new series originated by the experienced team of Joel Stewart and Steve Roberts.”