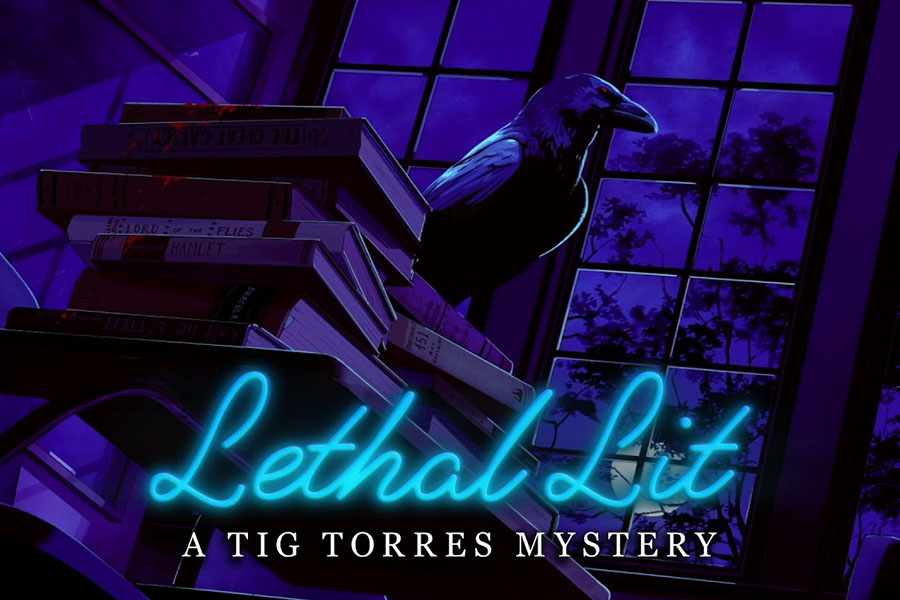 Scholastic announced that it will publish a series of young adult books based on Lethal Lit: A Tig Torres Mystery

Scholastic, the global children’s publishing, education, and media company, announced that it will publish a series of young adult books based on Lethal Lit: A Tig Torres Mystery, the hit mystery podcast created by Einhorn’s Epic Productions and distributed by the iHeartPodcast Network. The worldwide deal grants Scholastic the rights to produce a wide range of all language formats including novels, eBooks, and audio books. The first book is set to publish in fall 2021 and will be written by K. Ancrum.

Lethal Lit follows Cuban American teen detective Tig Torres as she returns to her fictional hometown of Hollow Falls. She and her family left when her late aunt was accused of being the “Lit Killer,” a ghastly serial killer who staged their murders after death scenes in famous novels. Using her book smarts and her aunt’s tapes of her own investigation, Tig sets out to find the truth and catch the real killer. Co-created by EEP founders Heather Einhorn and Adam Staffaroni, and co-written/co-created by Archie Comics co-president Alex Segura (Pete Fernandez series, Poe Dameron: Free Fall) and comics writer Monica Gallagher (Assassin Roommate, Free Hexel), and co-produced by iHeartRadio, the first season of the podcast received rave reviews and amassed a devoted fan following. The iHeartRadio Original podcast has been renewed for a second season to air in fall 2021 and is being adapted for television by Cavalry Media.

Debra Dorfman, Vice President and Publisher, Global Licensing, Brands and Media at Scholastic said: “We are always looking for the best in new tie-in content and we believe we have found it with the mystery podcast Lethal Lit. Working with Heather, Adam, and the EEP team is already so collaborative. Protagonist Tig Torres is a smart, fearless, next-gen female hero, and our books will appeal to a wide and diverse audience.”

This will be Scholastic’s first foray into licensed titles based on a podcast. Slated for ages 12 and up, the first novel will take place between the first and second seasons of the podcast. After tracking down the Lit Killer and clearing her aunt’s name, Tig Torres draws the attention of the town’s armchair detective group, the Murder of Crows. But the group’s interest in Hollow Falls’ dark past isn’t purely academic—and some of their members would kill to keep its secrets buried.

“I grew up reading Scholastic books, so it’s especially thrilling that we’ve found such an amazing home for Tig and her friends with Debra and the Scholastic team. It’s incredibly fun to build an interconnected world between the books and podcasts with Scholastic, a proven leader in cross-platform storytelling,” said EEP CEO Heather Einhorn. “Tig embodies the same intelligence and relentless focus it takes to run a company, and I hope her tenacity and smarts inspire girls who were like me when I was younger.”

Ancrum, author of award-winning thriller The Wicker King, LGBTQ+ romance The Weight of the Stars, and the upcoming Peter Pan thriller Darling, will write the first book. Ancrum is a Chicago native passionate about diversity and representation in young adult fiction. She attended Dominican University to study Fashion Merchandising, but was lured into getting an English degree after too many nights experimenting with literary criticism and hanging out with unsavory types, like poetry students. Currently, Ancrum lives and writes in Chicago with a tiny cat and her cloud of too many ideas. Learn more at www.kancrum.com.