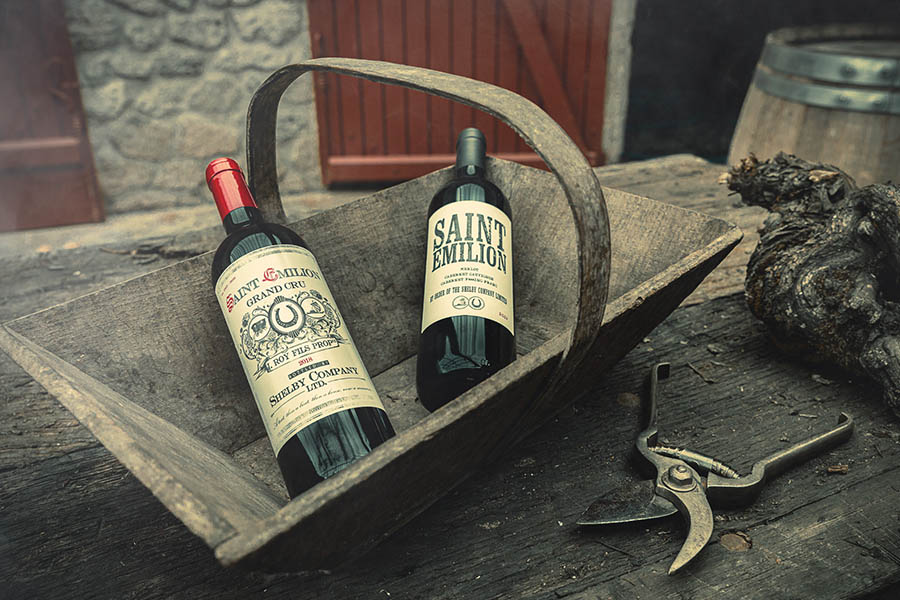 Inspired by the multi-award winning drama, Peaky Blinders, renowned French vineyard, Vignobles Bardet, has created two red wines, a Saint-Emilion and a Saint- Emilion Grand Cru. Born from the highly-regarded Bordeaux region following research into 1920s wine in partnership with wine historian Jean-Michel Chevet, the offerings are set to give buyers the opportunity to immerse themselves in the world of the international hit drama.

The wine will initially be available in France but is available for export, via local distributors in key markets across Europe and Asia.

Jane Smith, Group Director, Brand Licensing of Banijay Brands comments; “In Vignobles Bardet we have found an established and creative partner to create an authentic product, which is perfectly suited to the Peaky Blinders brand. This collaboration has created two fine reds that will give fans an authentic taste of the 1920s in the very style that would be shared at the Shelby table.”

Thibault Bardet, Vignobles Bardet comments; “It’s easy to imagine a character like Thomas Shelby importing his own wine from our great-great-grandfather Jean Roy on the prestigious Saint-Emilion region of Bordeaux and we believe these reds are exactly what he would have chosen. We are extremely proud to produce a product that captures the true essence of Peaky Blinders.”

Jamie Glazebrook, Executive Producer of Peaky Blinders for Caryn Mandabach Productions comments;  “Peaky Blinders continues to be a journey into the unexpected. In series five, Churchill outlines Tommy Shelby’s progress as ‘a tent, then a boat, then a house, now a mansion.’ To which we can now add a vineyard! We could not be more delighted with this collaboration, the results of which are truly delicious.”

Created and written by Steven Knight (Dirty Pretty Things, Eastern Promises and Locke), the multi award-winning BBC One series is produced by Peaky Blinders official brand-owner, Caryn Mandabach Productions, and co-produced with Banijay’s Tiger Aspect Productions. The season five launch on BBC One in autumn 2019 delivered its highest ratings yet.

Peaky Blinders is distributed by Banijay Rights and has sold in more than 183 countries and is widely available internationally on Netflix i including the USA.