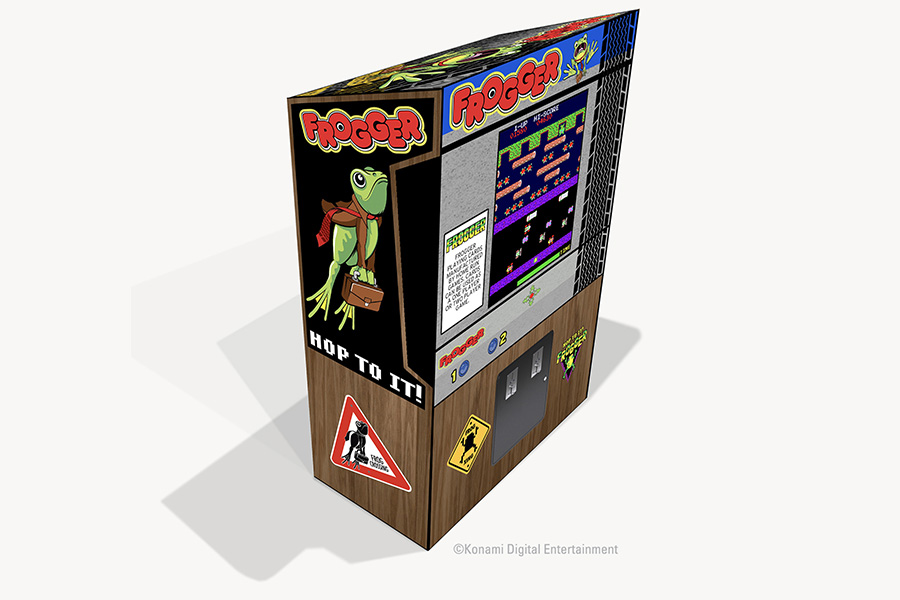 Konami Cross Media NY, Inc. announced that it is expanding the Frogger merchandise line beyond the video screen with two new licensing deals signed with leading sports marketing/toys and gaming companies; Home Run Games in the US and UK and Los Angeles-based Ultra PRO International, LLC. The announcement was made by Jennifer Coleman, Vice President, Licensing and Marketing at Konami Cross Media NY.

Home Run Games will be bringing their expertise in professional sports marketing to gaming by producing a series of Frogger playing card decks to help keep families entertained during these pandemic times. The Frogger playing cards will debut in time for the holiday season, including a limited-edition series packaged to look like the Frogger arcade game.

“We are pleased to expand the Frogger merchandise lineup with these two companies who understand the importance of competitive play – be it sports or video games – to our fan base,” said Coleman. “We look forward to introducing these items that we hope will keep families entertained during these stressful times with one of their favorite iconic gaming characters.”