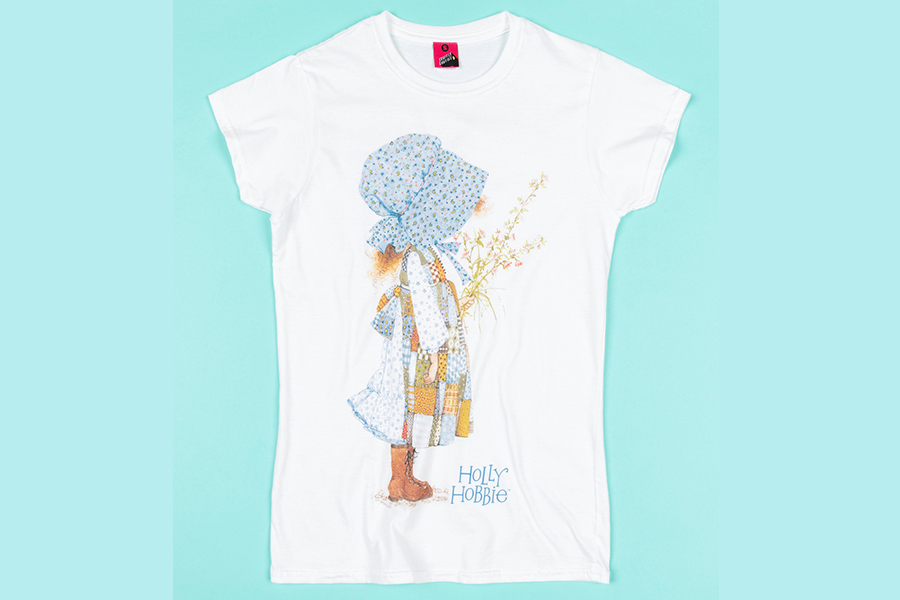 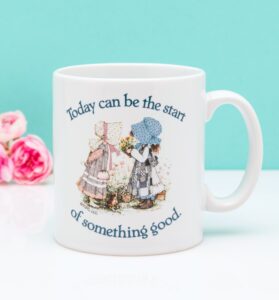 Bulldog Licensing is expanding its programme for the hugely successful Holly Hobbie classic brand, adding Truffle Shuffle to the programme in addition to renewing the retailer’s deal for one of Cloudco Entertainment’s other iconic brands, the Care Bears™.

The new collection for Holly Hobbie launched recently and includes limited edition t-shirts, mugs and tote bags based on the classic greetings card character from the 1960s, illustrated by the artist of the same name.

The Holly Hobbie property was originally introduced in 1967 when the American author sold artwork of the rag dress-wearing, cat-loving, little girl with a huge bonnet, to American Greetings. The distinctive character quickly became popular and the first licensed product came to the market in the form of a line of rag dolls from Knickerbocker Toys in 1975, followed by a myriad of licensed goods in other categories including crafts, apparel,  lifestyle, publishing, stationary, dinnerware, home goods and more. The Holly Hobbie property has since generated over $1bn in retail sales.

Bulldog Licensing is now managing the rights for the brand in the UK and Eire and is building a programme around the classic artwork targeting adults, as well as a live-action, music-driven children’s programme, based on the hugely popular new show on CBBC soon to be in production on its third season.

Rob Corney, MD, Bulldog Licensing, comments: “We’re thrilled to have Truffle Shuffle on board for Holly Hobbie as we build a licensing programme for this much-loved brand. They have already done a fabulous job with the Care Bears collection, and we are delighted with the new lines for Holly Hobbie. The brand has beautiful artwork, an instantly recognisable design, and huge vintage appeal for today’s audience.”