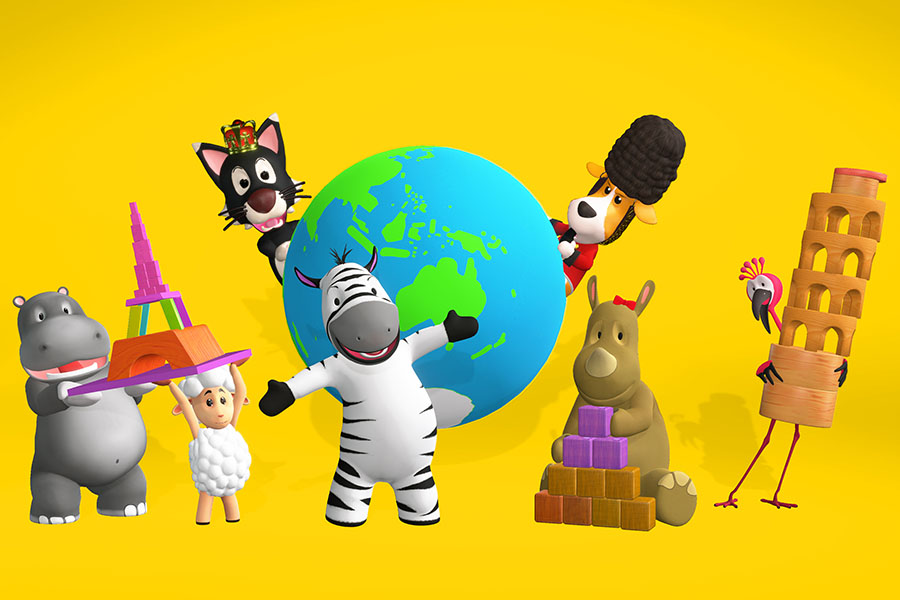 Tags from the story: Keyframe Studios, The Adventures of Zeze Zebra.

As demand for content ramps up ahead of what could be a busy 2021 for the entertainment industry, London-based animation studio Keyframe Studios has hit the ground running.

New children’s and adult content, content sales, IP development, further development for its pioneering real-time Unity-based content production system, and an investment drive to support growth all promise to keep the Keyframe name in the headlines in the coming year.

Having already enchanted a number of markets with its delightful two-minute nursery rhyme-based animation, The Adventures of Zeze Zebra, Keyframe is working on an expanded version of the show.

A big hit on SVOD and AVOD, boasting early acquisitions from BT Kids, RTL, Hop!, Kidoodle, Ameba, Genius in North America and Ketchup in the UK, Zeze and her colourful fun friends – a hippo, a flamingo, a sheep and a rhino – have now inspired a five-minute format.

The extended format for The Adventures of Zeze Zebra is built around the popular two-minute nursery rhyme and develops a longer adventure and discovery-based narrative with storylines combining education and activity. The first 13 five-minute Zeze episodes will be delivered by spring 2021. Interest in the new format has already been expressed by broadcasters and platforms in North America, the UK, France and Israel.

In the adult content sphere, Keyframe is also the animation studio behind the game content in the acclaimed E4 adult comedy series Dead Pixels. Content for series two was delivered in April, with a broadcast date expected to be confirmed by Channel 4 in early 2021.

The rendering – the output of the animated sequences – for all their content, including the Adventures of Zeze Zebra and Dead Pixels, was accomplished by using Keyframe’s content production system. This system has been built on the leading game engine Unity, which Keyframe has fully customised over the last four years. Keyframe’s bespoke content production system is not only highly effective but also many times faster and more environmentally friendly than traditional processes.

Interest in Unity is growing, with a recent Unity $1.3 billion IPO announced. The Unity prospectus lists Keyframe as the only independent company among the corporations also utilizing the platform, which include Fremantle Media, BMW, Samsung and Honda.

All this activity – plus a number of other kids’ and family projects in development, along with mobile games, apps and commercials – has inspired an investment drive. Keyframe has received assurance from HMRC that will allow it to seek investors through the Enterprise Investment Scheme (EIS), which offers attractive tax relief to investors who acquire shares in a company. High-level discussions with potential investment partners are already under way.  Keyframe hopes to announce the first investors early next year.

Asa Movshovitz, Founder and Animation Director, Keyframe Studios, says: “A talented workforce, diverse skillsets and a varied portfolio have enabled us to continue developing ideas and content at a tough time for the media sector. As global prospects improve we’re looking forward to build an even stronger and more diverse portfolio in the coming year.”