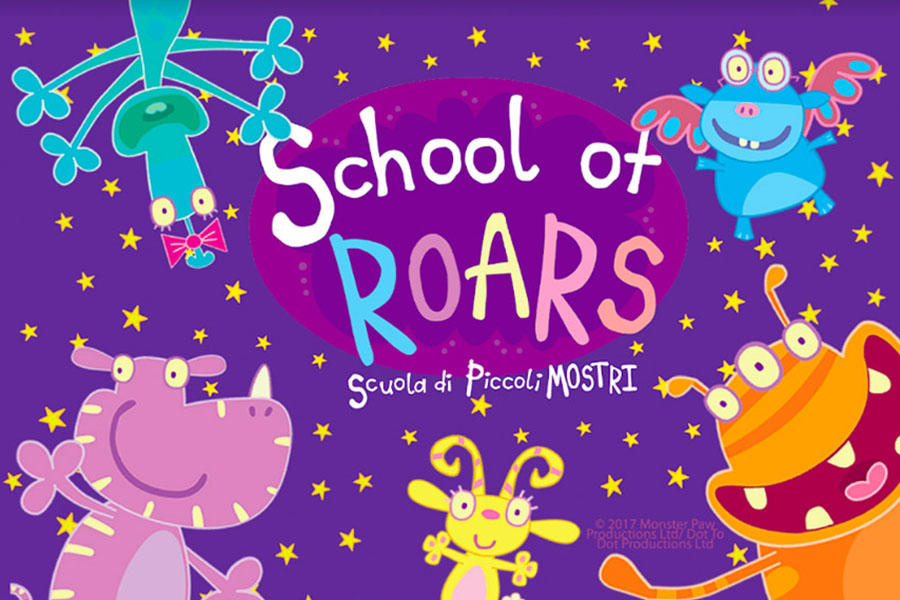 Also the second season of School of Roars has landed on DeAJunior, a leading kids thematic channel in Italy.

Atlantyca Entertainment has recently announced the latest deal with De Agostini Editore to release on air the second series of the successful and cute School of Roars, which tells the adventures of five tender little monsters.

The programming of the second season of this animated series on DeAJunior has started on Monday, November 9th, with two consecutive episodes a day.

School of Roars helps children to overcome the difficulties and fears typical of the transition from pre-school to school age, facing them in a fun and engaging way, thanks to the lively rhythm animation, memorable characters and comic stories.