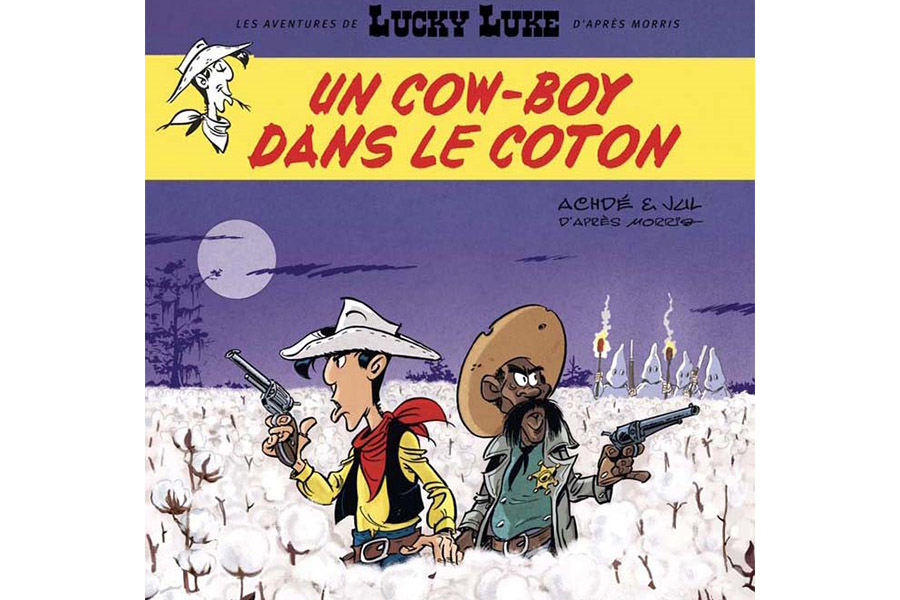 Un cow-boy dans le coton is the new comic book by Lucky Luke published in France on October 23rd, coming out in English on November 19th

Un cow-boy dans le coton is the new comic book by Lucky Luke published in France on October 23rd by Dargaud’s Lucky Comics label, coming out in English on November 19th with the publication of Cinebook the 9th Art and soon to be published in Italy.

The new unpublished story – designed by Achdé and scripted by Jul – is set in the south of the United States, between the black slaves at work in the cotton plantations and the Ku Klux Klan. Thanks to the testamentary legacy of a rich widow who admired his exploits, Lucky Luke inherits a huge cotton plantation in Louisiana. Welcomed by the white owners of the area as one of their own, he will have to fight hard to redistribute his legacy to the black farmers. In this fight against the powerful of the region and against racial segregation, Lucky Luke will be alone against everyone… but thanks to the help of an extraordinary figure from the Wild West he will succeed in restoring justice: a hero named Bass Reeves, a real-life character who made history and the first black man to serve as federal sheriff west of the Mississippi.

← IZZY WHEELS LAUNCHES NEW LIMITED-EDITION COLLECTION WITH HELLO KITTY EL OCHO IS THE AGENT FOR COCOMELON, BLIPPI AND MORPHLE IN SPAIN AND PORTUGAL →