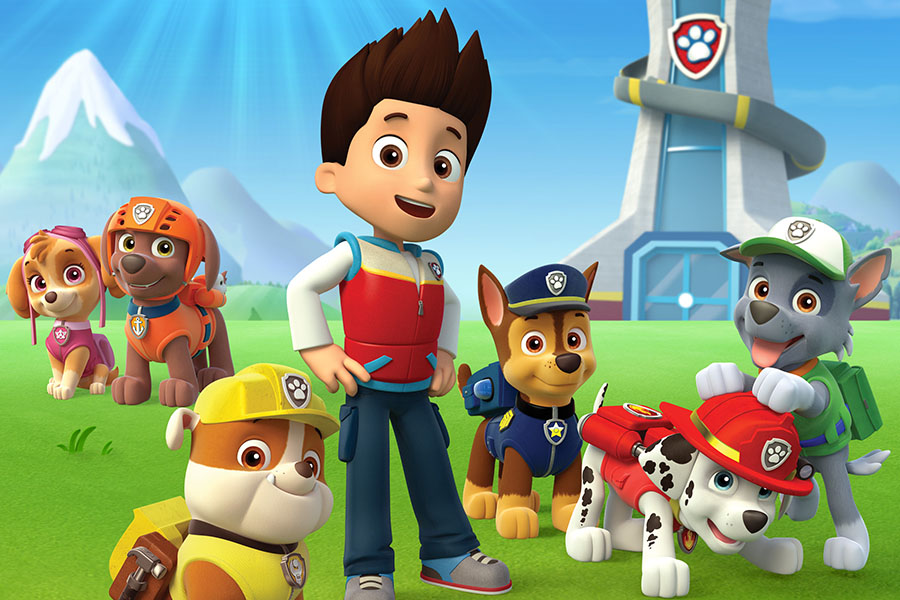 PAW Patrol is the n #1 property in the Preschool Toy segment, and among the top properties both in television and consumer products

The wait for the little ones is finally over: the new episodes of the seventh season of PAW Patrol are on air on NickJr, the preschool channel by ViacomCBS Networks Italia, starting from last November 9th.

The positive values conveyed by this cartoon are absorbed by children from 170 countries: the principles of friendship, mutual aid and team spirit inspire young viewers around the world who, like the unbeatable puppies, overcome their fears day after day, supported by those who love them. The PAW Patrol series takes shape in 2012, thanks to the intuition of the Canadian brand Spin Master, which together with ViacomCBS, is co-producer of this animated tv series. PAW Patrol will continue to evolve by introducing new themes and characters to share with fans of today and tomorrow.

PAW Patrol, constantly among the top tv properties, has recorded excellent performances also in the consumer products, confirming its position as 1st property in the Preschool Toys segment, according to NPD January – September 2020, up by +30%, considered the general business suffering.

In order to fuel this success, ViacomCBS Consumer Products has chosen to further support PAW Patrol by strengthening the digital distribution of the product, linked to the franchise with an exceptional partner, TOYS CENTER (Prénatal Retail Group), leader in Italy in the toy market with over 130 stores throughout the country and an online store constantly developed. In this way it expands the online presence of the brand, maximizing its exposure and also proposing related activities and experiences.

With the aim of positioning PAW Patrol as a reference property, ViacomCBS Consumer Products and Toy Center have therefore created the first Landing Page completely dedicated to the property, collecting in a single container the offer of PAW Patrol products. In addition, on the Landing Page you can also find entertainment content for children such as: coloring, activity sheets and educational videos on the importance of washing your hands and how to do it well, raising awareness of a current issue of fundamental importance.

The common goal of ViacomCBS Consumer Products and Toys Center is to grow together by implementing both the references and the categories offered, so that the website Landing Page becomes a real reference point linked to the PAW Patrol brand.