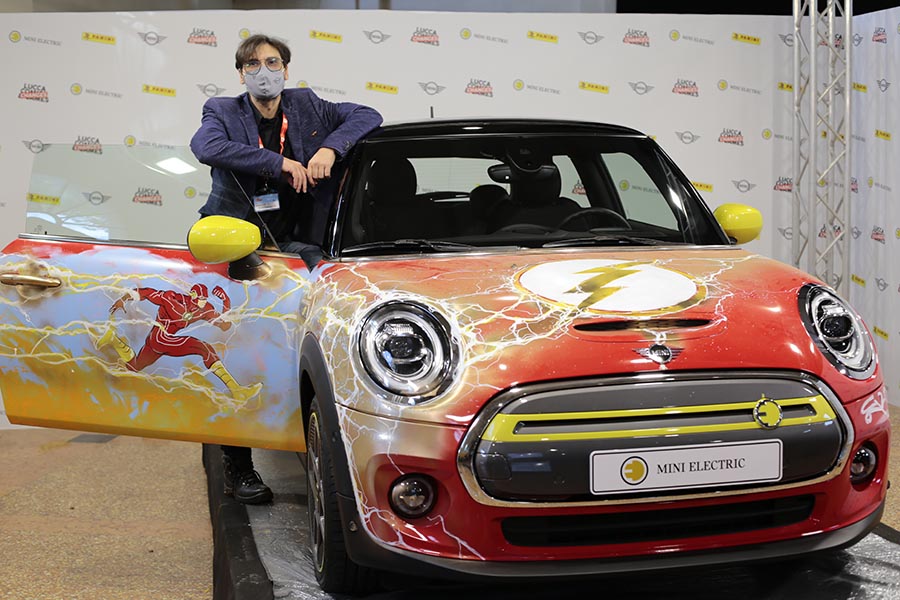 A unique event conceived in synergy with MINI, with a special work by Carmine Di Giandomenico

On the occasion of Lucca Changes 2020, the renewed and rethought edition of the international community event dedicated to comics, games, animation and fantasy imagery, Panini Comics celebrates 80 years of Flash, the hero who appeared for the first time in America in 1940 on the Flash Comics magazine, which over time has been modernized and transformed, renewing his unmistakable features but remaining faithful to his DNA.

To best celebrate the Scarlet Sailor, Panini Comics – in synergy with MINI – involved Carmine Di Giandomenico, one of the most famous and active Italian designers abroad, who is very familiar with Flash, having designed over 34 issues. The DC superhero therefore magically and quickly appears, thanks to Di Giandomenico, on the bodywork of the New MINI Full Electric: two true icons of style, linearity and – without doubt – speed. 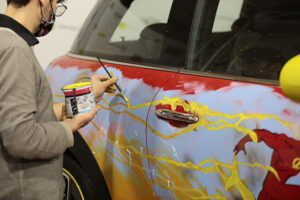 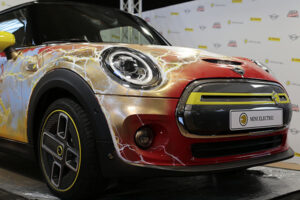 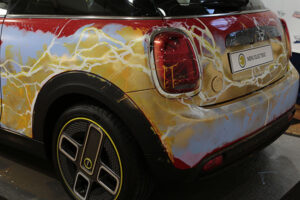 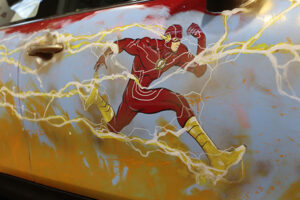 Carmine Di Giandomenico’s Flash is a racer who makes every page explode with his dynamism, while remaining faithful to the key elements of the character, starting with the costume. Carmine Di Giandomenico has designed the Scarlet Sailor, but he has also made some peculiarities his own, such as speed: in 2016, in fact, he conquered an important world record by creating 56 boards in just 48 hours (and five hours earlier than expected). A unique goal, typical of those who have the characteristics of superheroes, such as those of Multiverso DC Comics that he knows well, which earned him the nickname of “fastest designer in the world”.

The work done on MINI Full Electric by Di Giandomenico is a reinterpretation of the cover of the character’s historic issue 123, designed by Carmine Infantino, in which the classic – or golden age – version of the character, Jay Garrick and his modern incarnation, Barry Allen, made famous by movies and TV series. In the background, as in the original cover, the city that unites all the adventures of Flash, Central City. Carmine di Giandomenico combined a very plastic and dynamic sign with a prodigious speed, just like the Scarlet Sailor, drawing the entire MINI Full Electric in just 10 hours and using a mixed technique.