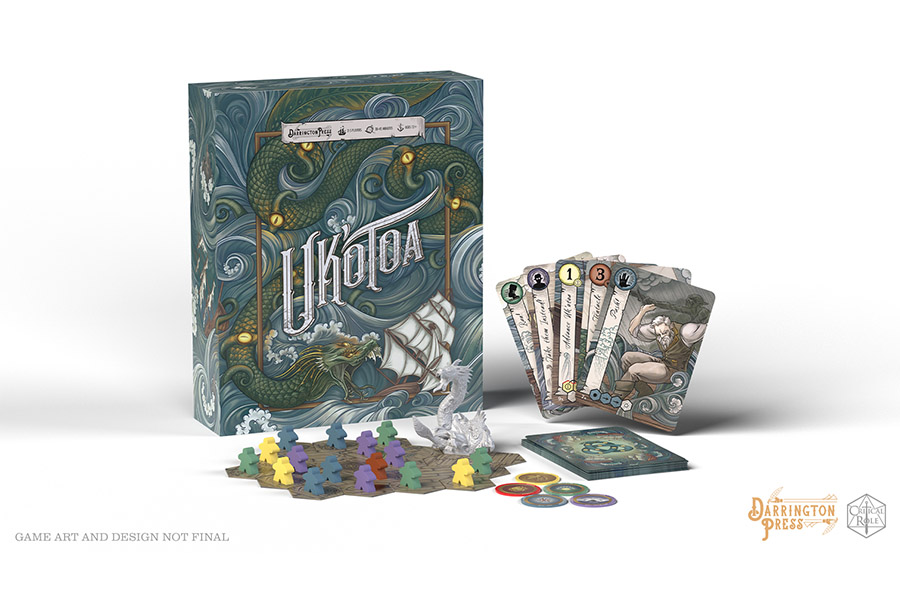 Leading this new business venture is the the Head of Darrington Press, Ivan Van Norman, who has been producing tabletop games and media content for over 10 years as a co-owner of Hunters Entertainment (Alice is Missing, Altered Carbon, Outbreak: Undead), as well as consultant to many other companies, including Wizards of the Coast and Hersch Games (Taboo). Van Norman has danced the line between media and design, working as a producer of board and RPG content for several digital media projects as well as a game producer on Will Wheaton’s “TableTop.” In addition, he served as executive producer of International Tabletop Day.

Darrington Press currently has four games set to be released in 2021, with their very first game, Uk’otoa, set for a Q1 2021 release date. This tactical game of semi-cooperative card play will be available in the Critical Role online shops in the US, UK, and AU, as well as hobby stores in the US with an MSRP starting at $29.99.

Atlantyca's animated series, broadcast on Rai Gulp, is recognized for "Addressing the issues of...

LM interviewed Simone Fenu, Senior Director Licensing Italy, Greece and Malta of ViacomCBS, to learn more about the company's future digital plans. How important is digital today for the consumer products development? Today it is essential to build a digital licensing...

END_OF_DOCUMENT_TOKEN_TO_BE_REPLACED

Atlantyca's animated series, broadcast on Rai Gulp, is recognized for "Addressing the issues of female empowerment and ethnicity through its three non-stereotypical mail characters in an original and highly innovative way". Berry Bees, the international co-production...