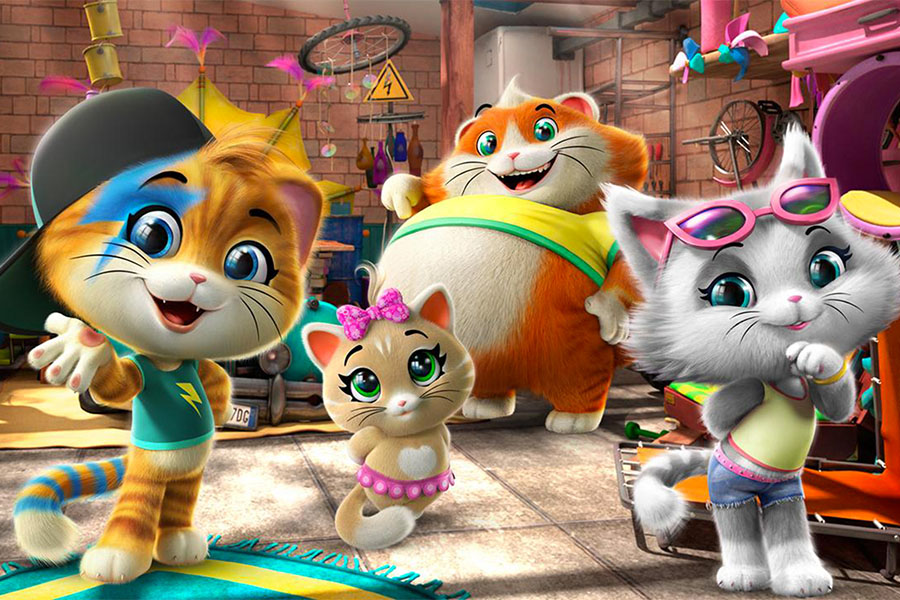 The new 13 episodes – already available exclusively on RaiPlay – of “44 Cats”, the overwhelming animated series of children’s TV ratings record, with a great novelty: Gattocarlo, sympathetically inspired by Carlo Conti, will be premiered on Rai Yoyo with a double episode on Monday, October 26 at 7.10 pm. The new character will be added to the Buffycats, the 4 cats musicians protagonists of the cartoon who live and play in the garage of Grandma Pina, an adorable old lady who takes care of them.

The most famous presenter of Italian TV in fact, lends his voice, but also the appearance, to Gattocarlo, a cat born to be a show presenter. But Gattocarlo has a small problem: when he gets on stage he gets “cat scared” and starts sobbing uninterruptedly. Until the Buffycats give him a hand, and then he will begin to believe in himself and the hiccups will disappear!

“It’s an immense joy to see this character made in ‘my image and likeness’, it’s very nice that they created him thinking about me, maybe because in each of us there remains a childish side“, said Carlo Conti, “44 Cats is my son Matteo’s favorite series. What I like about the cartoon is that there is always an educational message. I had a lot of fun dubbing it. It was a really catty experience!“

The series produced by Rainbow and realized in collaboration with Rai Ragazzi and Antoniano Bologna, inspired by the most famous song of the Zecchino d’Oro, conceived and directed by Iginio Straffi, will then air every day.

44 Cats is the revelation series that since November 2018 is conquering a wider and wider audience, both in Italy and abroad. The mix of action, comedy, friendship combined with music and animation of the highest quality, has made the preschool made in Italy a phenomenon of worldwide relevance. With record ratings since its debut in November 2018 on Rai Yoyo, where it is the most watched animated series, the cartoon is now on air in over 100 countries and in more than 20 languages, and has conquered the major international children’s networks with exceptional listening results.

The soundtrack is composed by the original songs sung by Antoniano di Bologna, the most famous Little Choir in Italy, which will be back on TV at the beginning of December for the 63rd edition of the Zecchino d’Oro, the fourth consecutive one under the artistic direction of Carlo Conti.

← COSMOS-MAYA, DEAR WILL AND PIRANHA BAR TO CO-PRODUCE THE INCREDIBLE MONSTA TRUCKS DANDELOOO’S “STINKY DOG” FINDS A HOME IN GERMANY →