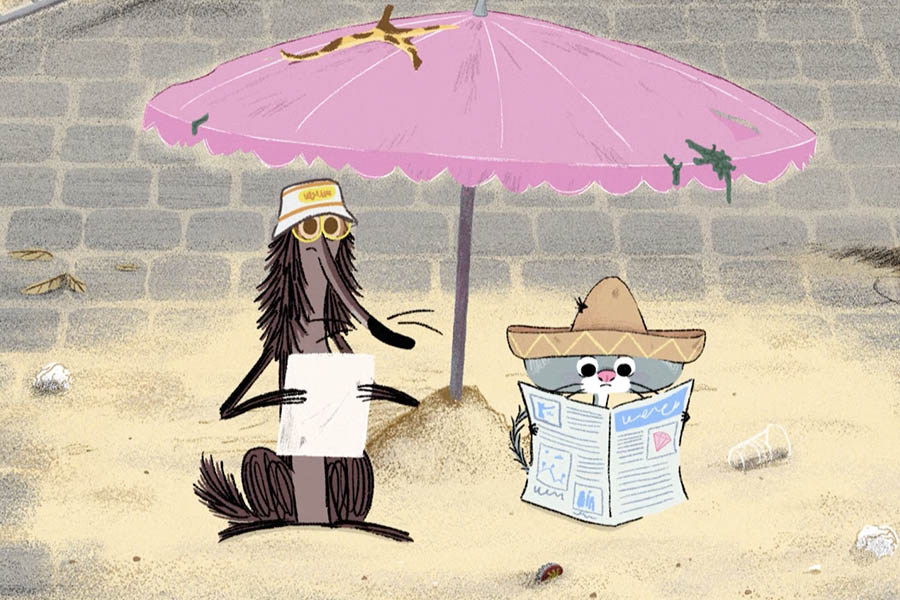 Commissioned by France Televisions and currently airing on Okoo, with an air date set for July 2021 on OCS, Stinky Dog is an irresistible slapstick series targeted at six to ten-year-olds.  Based on the famous books written by Colas Gutman, illustrated by Marc Boutavant and published by l’ecole des loisirs, the series is co-produced by French companies Dandelooo and Folivari, Belgian production company Panique! and Catalan animation studio Pikkukala.

Dandelooo is also pleased to announce that Stinky Dog recently made his theatrical and DVD debut in France. Despite the COVID restrictions the film Stinky Dog, Happy Life in Paris was released to great success by French film distributor KMBO Kids and ARTE Editions launched the first two out of a collection of six DVDs ‘Le Noël de Chien Pourri’ and ‘Chien Pourri et Chaplapla’ earlier this month.

Emmanuèle Petry, Co-Founder of Dandelooo commented, “We are excited to see our beloved dim-witted and wacky dog travel out of France and globetrot around the world to reach children’s hearts. We are confident that with their many antics Stinky Dog and his best friend Flatty Cat will create a global fan base.”