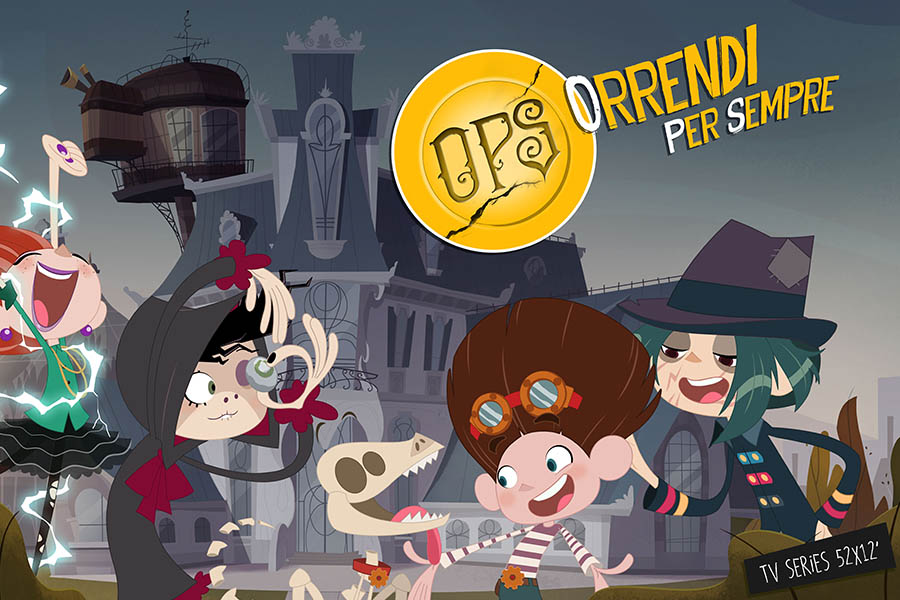 Tags from the story: “OPS! Orrendi per sempre”, Rai Gulp.

The first TV of the new series aired on Rai Gulp on Sunday, October 18

“OPS! Orrendi per sempre”, the most bizarre, grotesque and hilarious group of friends ever existed, made its debut on TV, Sunday, October 18, and is available every day at 7.40 am on Rai Gulp.

Albein, a 7-year-old boy who has the intelligence of a Nobel Prize winner, but cannot use his legs, is the protagonist of “OPS! Orrendi per sempre”, the new animated series co-produced by Rai Ragazzi with the Italians Studio Campedelli and Movimenti Production, the Indian Cosmos Animation and the French Samka Productions, inspired by the children’s book series “Orrendi per sempre” published by Giunti Editore.

The cartoon tells the adventures of monstrously peculiar heroes with a heart of gold: four boys who fight daily with the hostility and distrust of people because of their being “special”. Besides Albein, in the group there is Kripta, Macabre and Shock.

Kripta is, in fact, dead: she often loses pieces of her body and reattaches them carelessly; Macabre is studded with infected and bleeding wounds that never heal; Shock throws powerful electric shocks when she feels any emotion. It is a formidable invention of Albein to make them meet and transform them (not without some misadventure!) into the Horrible, a close-knit group that thanks to its “characteristics” is able to bring help to children in difficulty. And together, everyone will no longer feel alone.

In the 52 episodes of 12 minutes each, the protagonists are struggling with adventures that take their cue from everyday life. A cartoon that, while having fun, teaches the value of diversity, of knowing how to go beyond appearances and friendship.