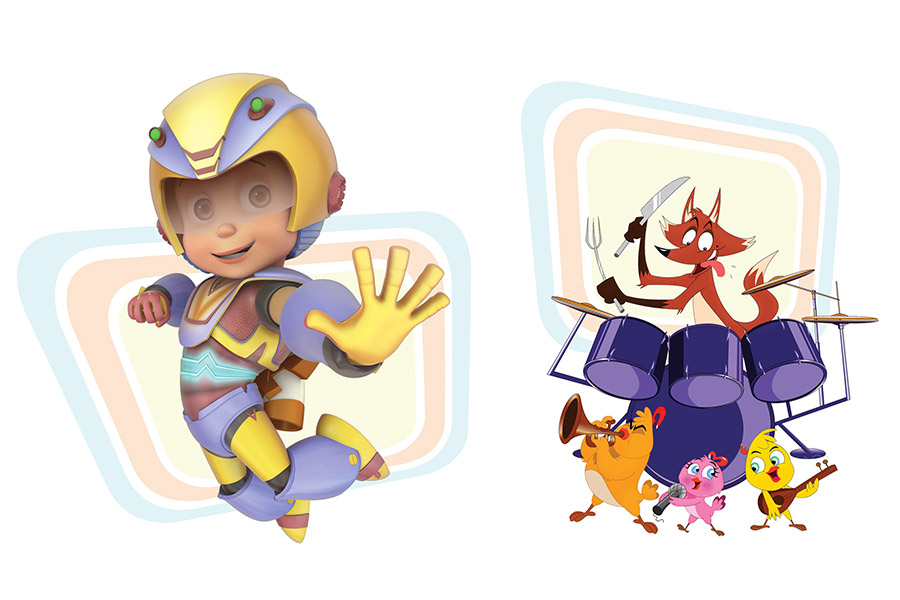 In North America and LATAM, US-based streamer Olympusat Entertainment has picked up Pay TV and digital rights for 221 half hours of catalogue titles including Vir: The Robot Boy, Eena Meena Deeka and Chacha Bhatija along with new show Harry.

In India, Disney+Hotstar has acquired online rights for 130 half-hours of the same hit library shows.

Upcoming English and Punjabi-language platform Heeroz OTT from Catrack Entertainment has acquired worldwide non-exclusive rights for Vir: The Robot Boy and Chacha Bhatija. Also in India, IN10 Media is launching a new channel titled Gubbare with 78 half-hours of Cosmos-Maya’s internationally co-produced shows such as Atchoo, Berry Bees and OPS.

Nihal Kotian, Senior Manager of International Content Distribution & Acquisition at Cosmos-Maya commented: “2020 has been an extremely productive year for Cosmos-Maya from a syndication and licensing standpoint through our deals secured by WOWKIDZ. We have witnessed a phenomenal increase in the territories our content reaches and the sheer licensing volume of nearly 1200 half-hours from across our original IP library, with new and returning digital OTT and pay TV partners across the world. The work we’ve undertaken in the content syndication space enhances our business reach and brand presence globally, and we’re excited to have a growing collection of international partners.”