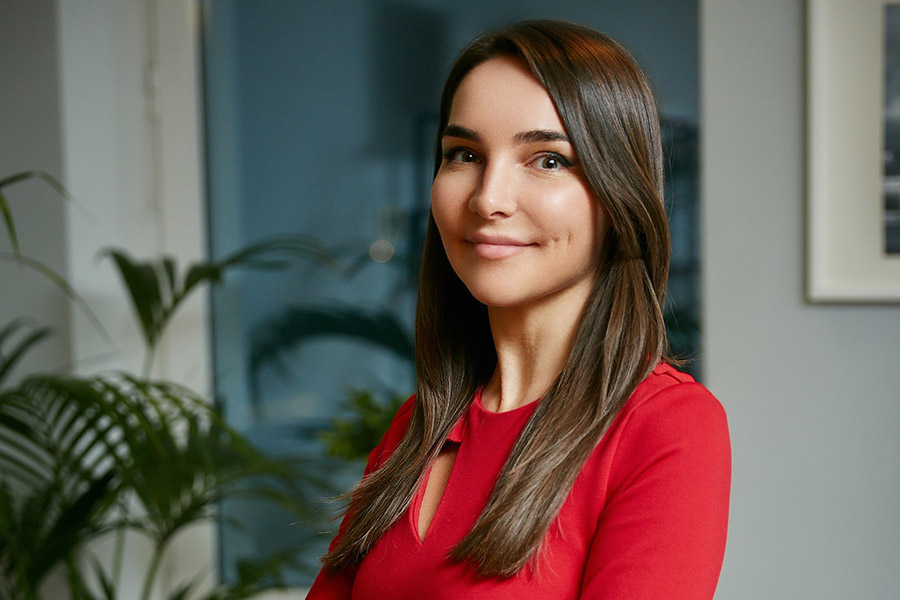 KID-E-CATS has become soon an international leading preschool property conquering the youngest fans in Europe, Asia and the rest of the world, also thanks to the precious partnership with APC Kids. LM met Ksenia Gordienko, Director of Animation Department at CTC Media, to learn more about this increasing success and the next plans.

Tell us more about CTC Media’s main business? How Kid-E-Cats was born?

CTC media is a leading Russian entertainment media holding. Our company incorporates four national TV channels and one Pay TV channel in Russia. Animation is a relatively new business for the company: we started to develop it since 2015 when we launched our first animated TV series – KID-E-CATS. Our first animation IP quickly became a resounding success in Russia and now gaining more and more popularity all over the world. I’m proud to say that I’m one of those people who have been part of the Kid-E-Cats journey from the very beginning and one of those who helped to bring the project to life. It’s amazing to see how the seed that was planted only five years ago has grown into a massive, strong tree that will hopefully stay evergreen.

Tell us about the TV distribution of the series. We know it is big! How do you manage to achieve it?

Kid-E-Cats is aired in more than 150 countries around the world, and it has been translated into 29 languages. It was first broadcast internationally in Q4 2017 in Canada. When Nickelodeon group bought the show for the broadcast on its international channel platform, it gave an immense push to the global TV exposure of the project. Since 2018 Kid-E-Cats has been rolling out across dozens and dozens of territories. Today you can watch the series on more than 30 FTA channels, 15 pay TV channels and 10 VOD platforms across the globe. TV rights distribution is managed by our international distributors: APC Kids globally (except Russia and China), and Joy Media in China.

Also on the licensing front, the IP is having its momentum in different territories. Could you tell us more?

Actually, we are just now gaining momentum globally! Together with our dear partner APC Kids, we are building the brand on multiple European, Latin American and Asian licensing markets. We have established a global network of 15 licensing agents across the world, and we are working hand in hand with them to bring the brand to their territories. In China, we are partnering with highly professional team of Joy Media, as China needs special attention and care.

Kid-E-Cats licensed products are already present in stores in Italy, Eastern Europe (Poland, Slovenia, Croatia, the Baltic states) and China. Kid-E-Cats toys appeared on the market in Latin America in December 2019, but the worldwide crisis affected our plans quite a bit, and distribution has been temporarily suspended. Right now, we’re resuming all our processes also due to the actual emergency. Toy sales in that market should start again this December. Despite the pandemic, we managed to get licensed Kid-E-Cats products (toys, publishing, candy) onto the shelves in Chinese stores last May. China is one of the first markets where we’ve started offline retail sales. This September toys went on sale also in Italy, Poland and several other European countries. The pandemic has affected our business for almost nine months. I hope we’ll be able to quickly make up for that lost time. Finally, we have big plans for Spain and France for next year. 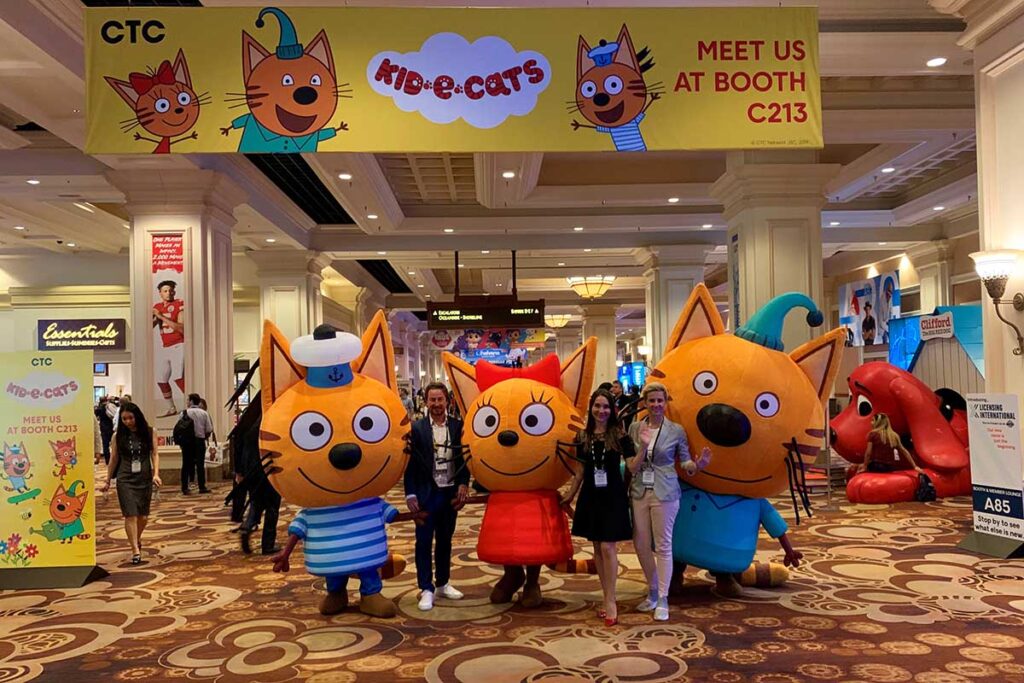 What are the additional values of KEC brand and why it is so unique among the current pre-school shows on offer?

Our preschool show tells the story of three kittens: Cookie, Pudding, and their kid sister Candy who are always ready to jump into action with endless enthusiasm and energy. Their imagination knows no bounds; these kittens can come up with the most absurdly funny problem-solving ideas. The show has a strong emphasis on friendship, family, and learning through play. It is positive, fun, and safe – that is why it won the hearts of children and parents around the globe.

The show is produced by Metrafilms Studio for CTC Media. The idea and the concept of the project were developed by Dmitry Vysotsky and Andrey Sikorsky, two professional animators and veterans of the Russian animation industry. The creators have put their heart and soul into this show and that care and attention is what makes it so special and beloved by millions of viewers.

How the partnership with APC kids has been crucial for the international development of your IP?

I want to stress that our partnership with APC kids and personally with Lionel Marty, the Managing Director of this company, has played a key role in establishing the KID-E-CATS brand globally. Lionel has brought a talented international creative team on board (Nigel Pickard as Executive Producer, as well as Ceri Barnes – Floogals, Postman Pat, Casper’s Scare School, Guess with Jess – as Story Editor) and has secured a number of significant deals with key international broadcasters for the series (Nickelodeon, Netflix and many others). We have been working side by side with Lionel since the very beginning and it has been a great and successful partnership. Lionel and the APC team are taking a big care of Kid-E-Cats. We listen to each other and act immediately when there are needs and things to do.

You are also working on a new property, Little Tiaras. Could you tell us something more about it?

I think we have developed another great IP –not only beautiful, but also very up-to-dated. Little Tiaras is targeting girls 4-9, teaching them about girl power, teamwork, tolerance, and diversity.

We’ve had excellent results over the two years since this project has become to life. We have two seasons, 26 episodes each, and in Russia, Season 3 started on September 5th. In Season 3, we introduced two new main characters – the boys Li Van (who is Asian) and Vasko (who is Afro-American). We’re very proud to be the first animated series in Russia with racial and gender diversity among the main characters. The show has been at the top of the audience rating charts for Russian children’s television channels (Karusel) for over six months in a row and now more than 100 licensed products have been put in big retail chains on the Russian market, and over 300 products are currently in development.

Also, we are more than happy that APC Kids and Joy Media came on board for the international distribution of this series as well. Together with our partners, we’re already taking our first steps into international markets: the exclusive free-to-air rights for Season 1 and 2 have been picked up by the Noga for The Children’s Channel in Israel, TVP for TVP ABC in Poland and All Media for Kanāls2 in Latvia.  Starting this autumn, Little Tiaras will be available in Chinese on major local VOD platforms – Tencent and IQiYi – and on many other platforms in China.

I should mention that Little Tiaras is owned by two major Russian companies­– CTC media and CTB Film Company –and this partnership gives extra power to the brand.

A final question: what are your main goals for 2021?

Well, the main goal is to strengthen our position on the international animation market. We have more IPs in production and in development that we are so excited to reveal them soon! We truly love all our IPs, we make ambitious plans, and we dream big… otherwise why to bother with all this?

You can find this article and much more in the October issue of Licensing Magazine.