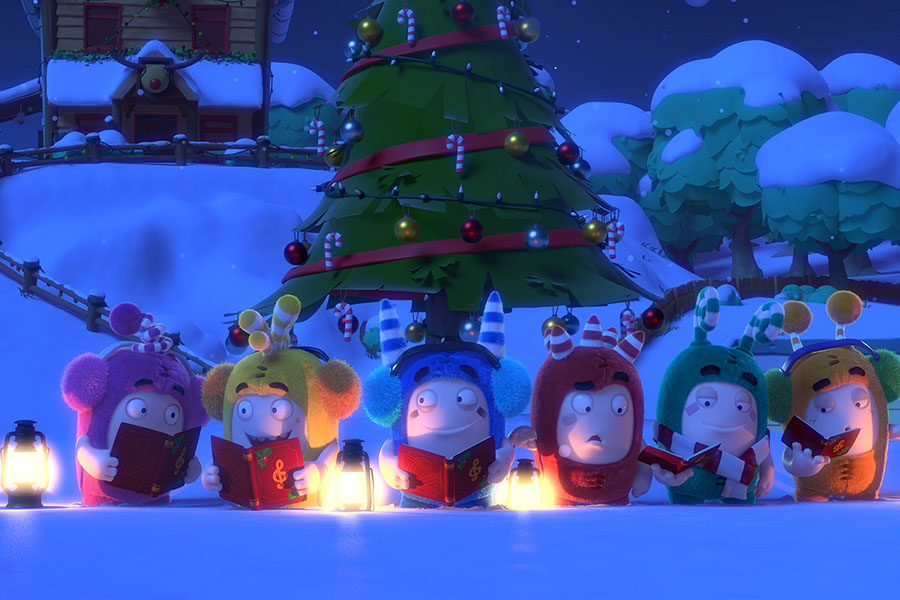 Tags from the story: Disney Channels US, Oddbods, One Animation.

Award-winning studio One Animation has secured a deal with Disney Channels US for a package of long-form seasonal specials and shorts of the beloved comedy series Oddbods for air across Disney XD, Disney Junior and in DisneyNOW.

Michele Schofield, SVP, Content Distribution at One Animation, commented: “We are very excited this package of Oddbods seasonal content has found a home on Disney XD and Disney Junior in the US. Each of these episodes and shorts is brimming with the humour and charming adventures Oddbods fans know and love, and we look forward to bringing some seasonal magic to viewers over Halloween and Christmas with these dedicated specials and shorts.”

This deal builds upon Disney Channel US’ previous acquisition of season one of Oddbods short-form episodes (40 x 1’), which first debuted on Disney XD in 2015 and later in DisneyNOW. Oddbods has also recently been nominated for its third International Emmy® Kids Award, with season three of the show being shortlisted under the ‘Kids Animation’ category.

Oddbods is a globally loved, three-time Emmy Award-nominated, non-dialogue comedy featuring seven adorable, highly unique pals. Together, despite their differences, they survive the perils of everyday life, unintentionally turning ordinary situations into unexpected, extraordinary and always humorous events. The quirky but totally charming Oddbods celebrate individuality in a funny, warm and unexpected way. After all, there’s a little odd in everyone!