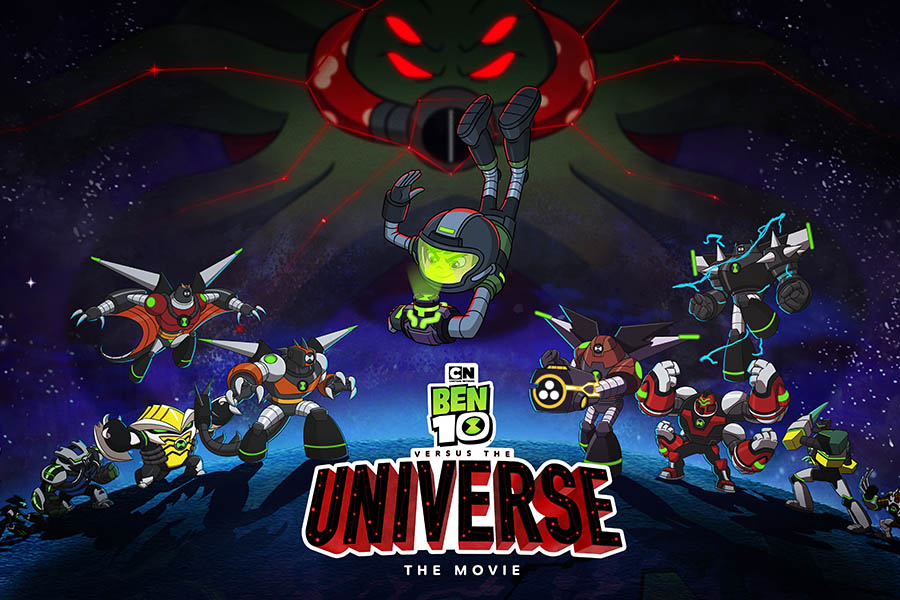 BEN 10 THE MOVIE: VERSUS THE UNIVERS ON THE FIRST EVER TV

Saturday, October 10 on Cartoon Network aired the highly anticipated first TV movie about the space adventures of the mythical boy – alien, grappling with old enemies and ready for new and exciting challenges

BEN 10 lands in space. The famous child hero beloved all over the world returns protagonist on the small screen in a new movie, which sees him struggling with an unmissable intergalactic adventure: “BEN 10 IL FILM: VERSUS THE UNIVERSE” aired on Saturday, October 10 on Cartoon Network (Sky channel 607) on the first ever TV.

In this new film Ben 10 is once again grappling with the evil Vilgax, one of the most feared aliens in the universe and ruthless intergalactic conqueror, ready to once again threaten the planet Earth. The heroic Ben 10, with the help of his inseparable Omnitrix watch that manages to turn him from an ordinary boy into many different and powerful aliens, sets off on an interstellar journey to fight his arch-enemy once again, while his grandfather Max and cousin Gwen team up with Kevin 11 to protect Earth during Ben’s absence. But when the young hero is mistaken for an outlaw of space, he is forced to return to Earth to defend himself in the process of the century… The beloved Ben 10 prepares for a new and exciting adventure in a film full of action and fun, where he must face the biggest challenge ever: in space!

In this intergalactic adventure, Ben 10 takes on new alien forms: that of the fearsome homosaurus, who with a blow of his powerful tail is able to cause powerful shock waves and the powerful Hell, able to fly into deep space and throw flaming fists. 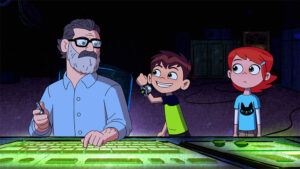 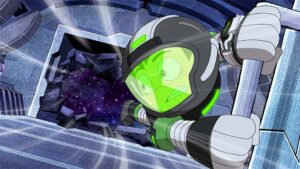 In the film we find all the most beloved characters of the TV show: next to Ben, there are his energetic grandfather Max, always ready for new adventures, and his cousin Gwen, an intelligent and mature 10-year-old girl. Along with them is also Kevin 11, a very smart boy who built the Anti-trix, a customized version of the Omnitrix watch, through which he can create new alternative versions of Ben’s heroic aliens. The team has to deal with Ben 10’s number one enemy, the terrible Vilgax, whose main goal is to take possession of the powerful Omnitrix in order to dominate the whole world.

Produced by Cartoon Network Studios and created by Man of Action Entertainment (Big Hero 6), the original BEN 10 series aired for the first time on Cartoon Network in January 2006 and was immediately appreciated by critics and public alike.

The series quickly became one of the strongest children’s brands globally. In fact, Ben 10 is one of the most watched and loved by children and is also one of the most successful franchises of Cartoon Network worldwide.